All Scandinavians have a very strong connection with the motoring and car racing. The Swedes are obviously one of most involved with this world, but the Norwegians are also insanely capable of speaking about the wheel. Think about it. Many of the world’s best rally drivers come from Norway. We are talking about Andreas Mikkelsen, Mads Ostberg, Petter Solberg and other. All of these drivers are quite magnificent, but there are some names you haven’t heard. They have their own Ken Block kind of guy and this one is named Fredrik Sorlie.

Driving his insanely cool Toyota Cressida JZX30 prepared by the Underground Garage, Fredrik Sorlie often greet us with a video showing him performing some spectacular rides with the car through thick Norwegian forests. This time he has a beautiful model and a professional rally co-driver Caroline Eng by his side telling him all the obstacles and curves he is going to encounter. The intense video has been complemented with a helicopter hovering above and following the Cressida on its quest through the Norwegian forest.
The Cressida Sorlie uses is a heavily modified Rear wheel drive drift car which is equipped with 211 HP engine. This is a lot power for the car weighing at just over 2.300 lbs. We do not know the acceleration times, or the performance of the beast but it is obvious the Cressida can do some insane stunts going sideways. In order to make all of this work Underground Racing had to do some modifications to the stock car. Thus the Cressida received W58 Supra MkII transmission, 6-puck clutch, MA46 Celica Supra rear axle with welded differential and a 2JZ-GE engine swap.
The video certainly shows how cool it is to drive on snow covered roads. Fredrik obviously has something to prove with this because this is not his first video about this car.

All Scandinavians have a very strong connection with the motoring and car racing. The Swedes are obviously one of most involved with this world, but... 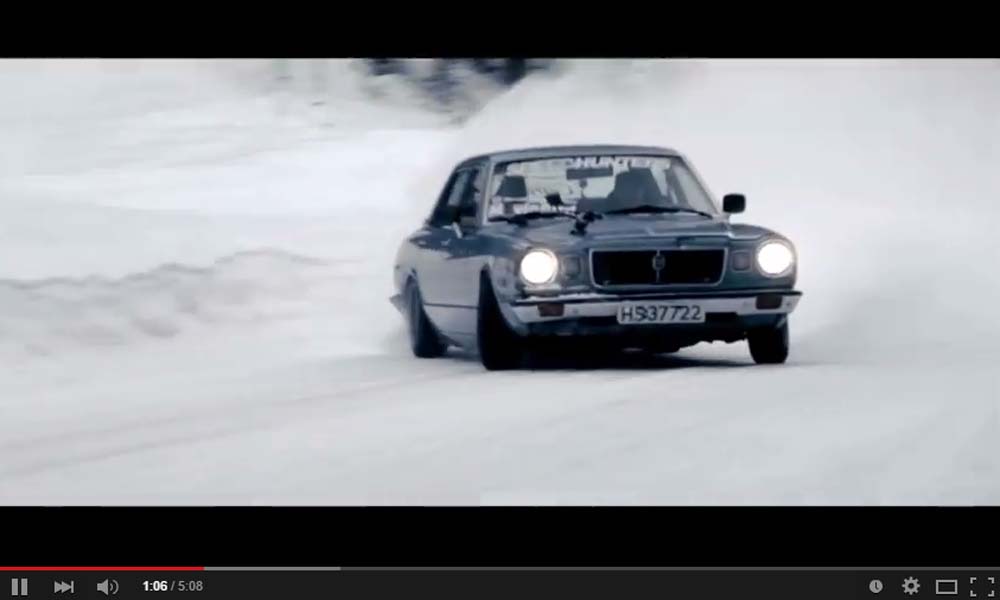