The New Sportscar eXperimental is the name of the most amazing Honda vehicle of all times. The NSX. It was the first proper supercar from Japan and it was so important that even Ayrton Senna was included in its development. It was said that, after driving a preproduction model, Senna told Honda Engineers that the car has to be stiffer. They’ve conjured it and made it 50 percent stiffer; perfect balance between sports stiffness and road ride quality was achieved. It was a blast. Looking at it with today’s standards in mind, the car isn’t supercar fast (like the new one), but it still can make your eyes water and make you heart pump faster.

We bring you a review of the Honda NSX of modern times, by the presenters of Carthrottle. It is obvious that the presenter talks about one of the all-time best with great respect. Regardless of all of its shortcomings, the original NSX is quite an entertaining ride. Its production started back in 1990 and lasted all the way up to 2005. It is one of the longest running supercars ever, although its performance was obsolete in the new millennium.
18.685 units produced is a lot for this kind of a car. Nowadays, not many of them remained in perfect condition, but those who did can fetch the price of more than $60 grand.
We remind you that the NSX had a 3,2 litre engine (the original had a three litre engine), with VTEC technology and it provided rather healthy 280 HP. Moreover, it was not a gas-guzzler, but rather a fuel-efficient supercar you could use every day. Ten years have passed since its production stopped and we are a bit sad because of that. It’s good bye for the NSX. We hope the new one will be as exciting!

The New Sportscar eXperimental is the name of the most amazing Honda vehicle of all times. The NSX. It was the first proper supercar from Japan and... 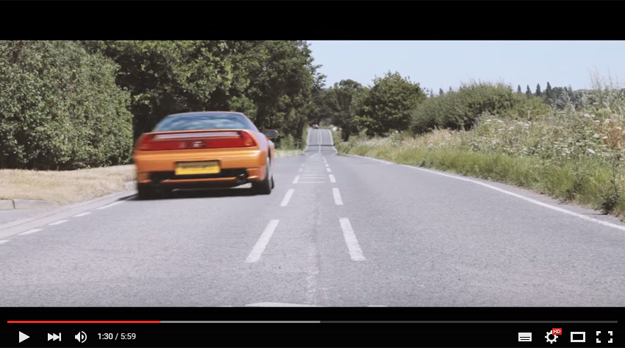