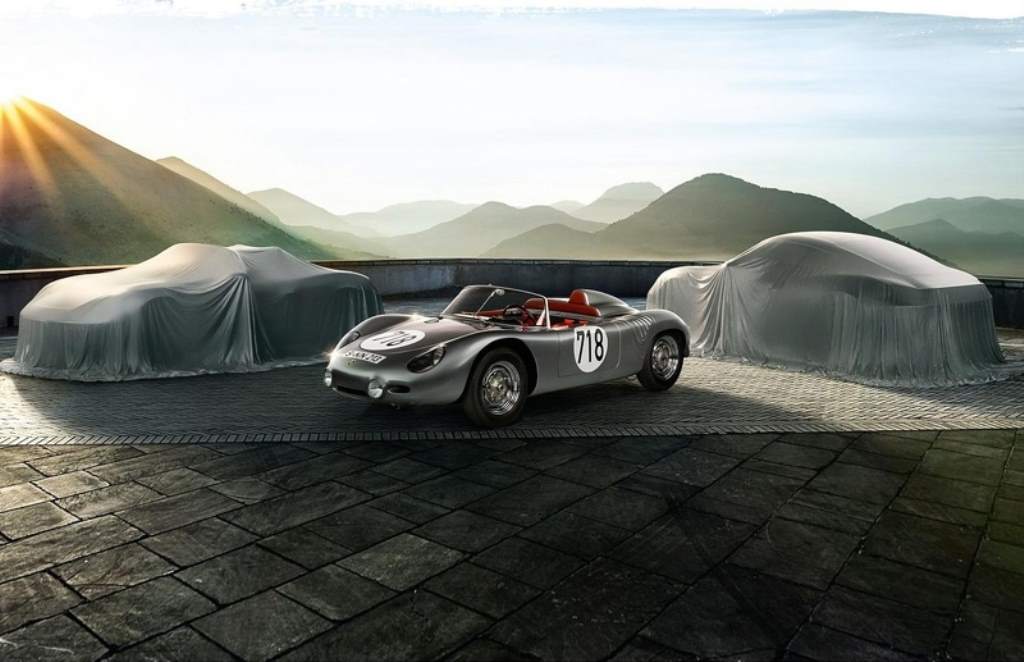 Porsche is determined to change the names of their most notable cars. Think about it, only two cars in their current nomenclature have names with numbers – the 918 Spyder and gazillion versions of their 911 series range. Now, however, two more will splash the market. The 718 Cayman and the 718 Boxster will get on the market early next year. Yes, the popular Cayman and the Boxster are getting new names and they are sourcing it from one of the most thrilling racing cars Porsche has ever produced – the 718 from the Fifties.

Ok, you have to refresh your memory to know how sick was the car. The teaser video Porsche released and we bring is a great way to do just that. The 718 was a small Roadster with a four cylinder 1.5 liter engine and it was created only for racing. It was light, nimble, small and quite fast – the same as the Boxster and the Cayman of today.
So, new cars have some large shoes to fill in. Will they manage? Well, to prove the point that Porsche will stay in the same ballpark with the new 718 Boxster and the 718 Cayman as it had been with the original, they are going to introduce new models with four cylinder engines. Of, course, turbocharged with the power estimated to reach somewhere between 240 hp and 290hp.
All in all, we will have to wait a few weeks before the new Porsches 718 Boxster and the 718 Cayman hit the auto show – probably in Detroit in January. Up until then we have this video to lust over the old 718.

Porsche is determined to change the names of their most notable cars. Think about it, only two cars in their current nomenclature have names with...