Exactly six months ago, at the beginning of this year, the Guinness Book of World Records included the world burnout record made in Australia. We even reported about it. 103 muscle cars were making the burnout in an astonishing manner and demonstrating the might of the Australian car culture. The Americans heard of it, they’ve seen the two minute video and, boy ouu boy, did they want to crush it.

The Americans have prepared to crush the record for half a year and in June, at the Memphis International Raceway, 114 musclecars gathered around and hit the gas making the biggest smoke cloud you’ll see in a while. The rules were simple. 114 cars had to maintain the constant burnout for 30 seconds after which the Guinness Book of World Records guys would conclude the event and include the new winners in the book. The video published on the Jeff Lee Channel show the ‘Mericans making the most amazing and the biggest combined burnout in history.
One driver sitting in one of the cars even reported that there were so much smoke and burning tire smell that he barely held it till the end. He says that his cabin was full of smoke in just ten seconds. It was absolutely spectacular and we can’t wait to see if anyone in Australia is going to try to overshadow this burnout.

Exactly six months ago, at the beginning of this year, the Guinness Book of World Records included the world burnout record made in Australia. We... 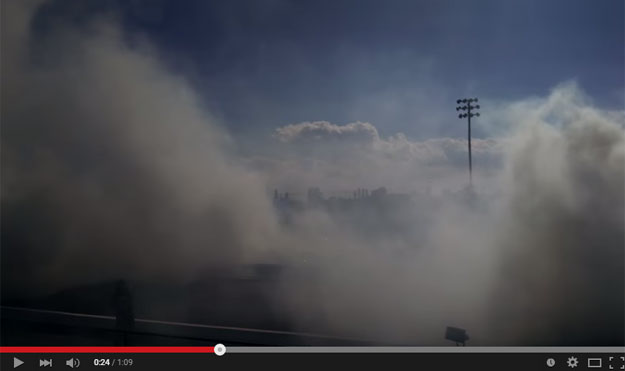