The Nurburgring is the ultimate proving ground. Who succeed to be there among the best, he succeeded to rule the world. Some of the best cars in the world went there to prove their sports pedigree and Porsche with a vast array of incredible vehicles is one of the manufacturers who take almost every vehicle they produce and test it on the best known track in the world. After they’ve tested the Porsche 918 Spyder, which apparently lapped the ring in 6 minutes and 57 seconds (which is quite remarkable), Porsche took out to the track the newest toy they’ve produced – the Cayman GT4.

As a refresher, this car is basically the same as the newest Boxster, but it was revealed a few days before it and it is a coupe version of the well known spyder. However, the GT4 nameplate hides a rather interesting secret. The Cayman GT4 isn’t a full fledged Cayman. It is a vehicle which received an engine from the 911 Carrera, so it disposes with 385 HP, it got the 911 brakes, the 911 steering rack, the 911 suspension elements and it is even lightened in comparison to any other Cayman outthere. The result is an unforgiving track car that is able to do some damage to much more powerful cars out there. And during the run at Nordschleife, the German car magazine Autosport.de cloacked the time of 7 minutes and 42 seconds.
That is an amazing time considering that the Cayman GT4 is just a small sports car. Back in 2010, the Nissan GT-R, the Lamborghini Murcielago 670-4 SV and the Mercedes SLS AMG were tested and all of them were basically slower than the tiny sports car manufactured by Porsche. This only shows how far the car industry came in the last five years. Advancements in engine technology, grip level, power delivery and transmission systems are so profound that we live in a time when cars all around the world are becoming more and more faster. This small Porsche is only one part of that story and it is certainly an important part of it.

The Nurburgring is the ultimate proving ground. Who succeed to be there among the best, he succeeded to rule the world. Some of the best cars in the... 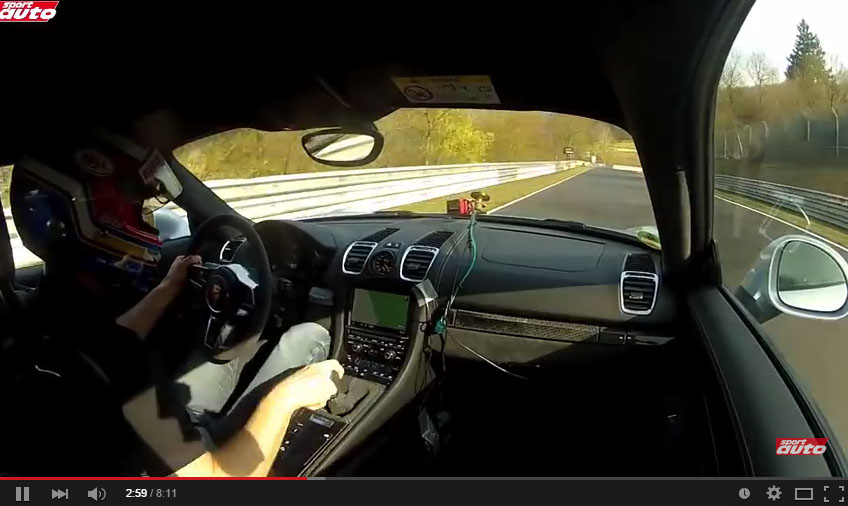