The Toyota Mirai might not look nice. Actually, it looks awful, but the technology behind it (and better said in it) is next to amazing. Toyota developed a fully usable Fuel Cell system which basically uses air from the environment, mixes it with the hydrogen which is stacked in the tanks in the Mirai thus creating water. As a product of mixing hydrogen and oxygen, electrons are freed which means that the Toyota Mirai system creates electricity simply by combining two of the most abundant elements on Earth – hydrogen and oxygen. More importantly, the only byproduct is water.

Now, hydrogen can be extracted from almost anything, but the infrastructure for it (charging stations, delivery, etc) are somewhat sparse. Nevertheless, with the newest youtube clip named “Fueled by Bullsh*t”, Toyota wanted to present to the world that hydrogen is all around us and it is only a matter of time when acceptable infrastructure will be available for producing it even from cattle manure.
The movie shows the story about taking manure from cattle, transporting it to a facility where hydrogen can be extracted, then using that hydrogen to fill up reservoir in the Mirai and driving it down the road. It really is simple and it may seem that hydrogen propulsion is the propulsion of the future. It doesn’t emit anything bad for the environment, it creates enough electricity to power the car and it is so abundant that scientist call it the most abundant thing in the universe. So, by using hydrogen the whole motoring world could be transformed.

The New Toyota Mirai Can Literally Run On Bull*hit

The New Toyota Mirai Can Literally Run On Bull*hit

The Toyota Mirai might not look nice. Actually, it looks awful, but the technology behind it (and better said in it) is next to amazing. Toyota... 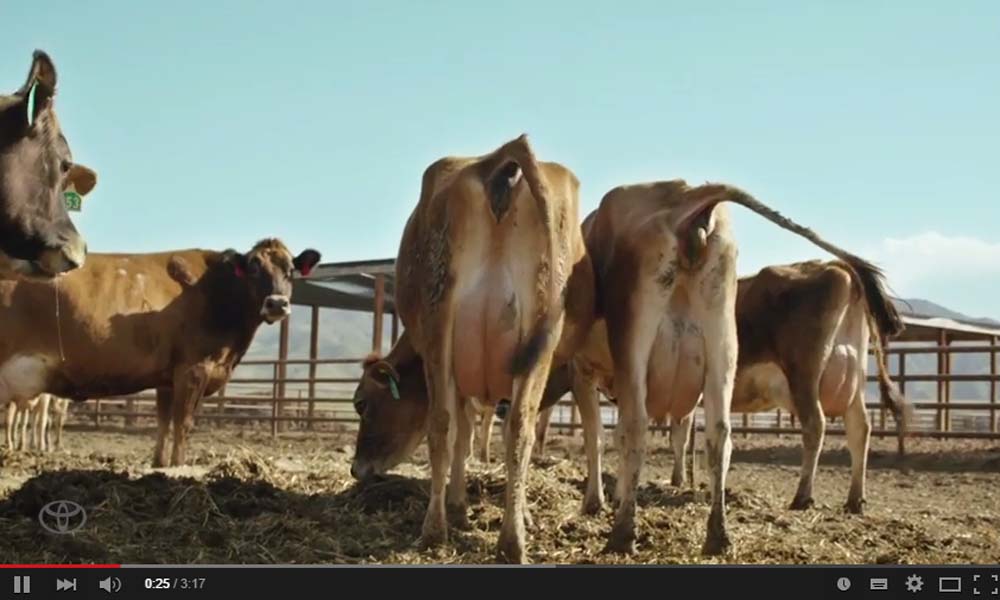