Created back in 1951 as a military vehicle, the Toyota BJ successfully started its life as a car used by the police and by some other governmental bodies. Soon, the name was changed to Land Cruiser, the vehicle received a major overhaul and by 1990s it became one of the most astonishing vehicles to ever grace the Earth.
While the last generation entered the wilderness back in 2007 and it had not been updated for eight years, it finally received a much-needed overhaul. The tech underneath is still advanced by the off-road car standards. The chassis and the off-road systems are among the best in the world, but the design and the safety systems lacked the refinement found on modern cars.

Therefore, the looks had to be improved and that was achieved with the introduction of a larger front grill smartly incorporated with new front lights. Rear lights were also redesigned giving the Land Cruiser an angular look which leads the car into the segment of refined large SUVs. Who knows is this a good sign for the life of the Land Cruiser, but the added luxury is definitely something which will sell the car.
In the attached video the Land Cruiser is depicted as a formidable off-road machine and Toyota truly did improve some of the off-road prospects, but the main improvements come with the integration of the advanced safety equipment such as smart radar based cruise control blind spot monitoring system, automatic braking and other similar stuff. The engines inside remained as before. V8 machines with the diesel and petrol units are available.

Created back in 1951 as a military vehicle, the Toyota BJ successfully started its life as a car used by the police and by some other governmental... 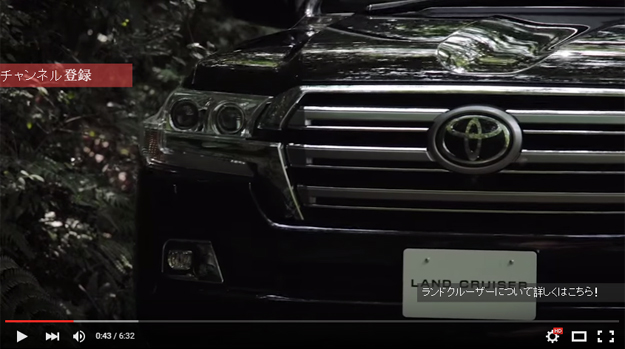