A few days after Brendon Hartley took the Porsche 911 GT3 RS on the track of Nardo, Porsche sent their second famous driver, Walter Rohrl, to take the new magnificently perfect Cayman GT4 for a few hot laps on the track. Revealed at the Geneva Motor Show, the 2015 Porsche Cayman GT4 is an almost perfectly suited car for driving enthusiasts and it may be just a bit more than that – it might be the perfect road going track car ever produced. Think about it. It has a 911 sourced engine, 911 sourced brakes, suspension and an all new aerodynamic package. If that is not enough, than the fact that the centre of gravity was lowered by 30 millimeters and the downforce increased considerably might shed some light on the sporty credentials of this car.

The famous race car driver Walter Rohrl agreed that this is a magnificent vehicle and stated that the new Cayman GT4 is a well balanced vehicle. “For normal Driver the GT4 handling is very easy” he said and that is enough to prove that the new Cayman GT4 is the right car for everyone, but mostly for car enthusiasts.
The Cayman GT4 is powered by a six cylinder boxer engine developing a whopping 385 HP which is plenty of oomph for a small rwd car. Thanks to it, the Cayman GT4 is able to perform amazing things such as accelerate to 62 mph in 4.4 seconds on a normal day and accelerate to 186 mph under the right conditions.

Porsche Cayman GT4 On A Track Is Perfect “Carnography”

Porsche Cayman GT4 On A Track Is Perfect “Carnography”

A few days after Brendon Hartley took the Porsche 911 GT3 RS on the track of Nardo, Porsche sent their second famous driver, Walter Rohrl, to take... 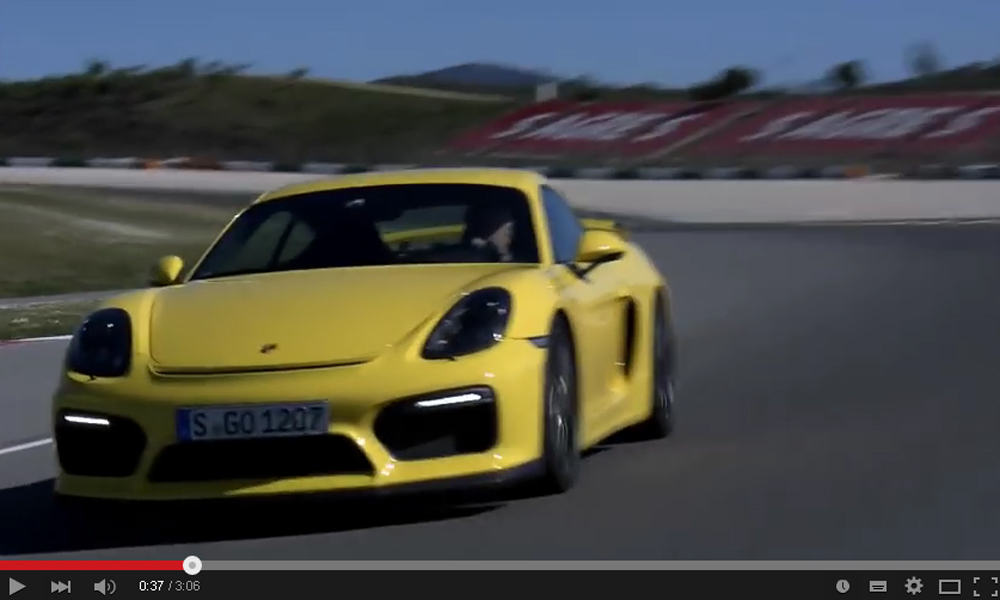