Last year, Peugeot wasn’t that successful on the Dakar Rally. Carlos Sainz crashed in the fifth stage disabling the car for further race, while Stephane Peterhansel did finish, but his 2008 DKR simply wasn’t fast enough to hit the top 10. Basically, the car they were competing with simply wasn’t competitive enough. It lacked oomph, composure, speed and the sheer refinement wasn’t as it should be. Nowadays, however, the new Peugeot 2008 DKR16 was released and this time, the Dakar Rally should be a much better experience for the French team. The new car looks a bit different, it has better approach and departure angles, it has better suited aero elements on it and the front wheel drive setup had apparently been beefed up.

Basically, a bit less weight, better off-road stuff and more power from the three-litre V6 means that the 2008 DKR16 is a much more capable machine than before. The reason for the installation of the two-wheel drive is a logical step to take. Now, Peugeot has a much more greater leeway with the regulation meaning they can make the other elements on the car much more robust and more adapted for the track in comparison with all other teams who are using four-wheel drive cars.
The new 2008 DKR16 will be powered by an engine developing 350 HP (10 more than before) and it will transfer the power to the ground via new magnesium one-piece wheels with lighter Michelin rubber on them. The China Silk Road Rally was basically the inauguration rally for the new car and the Team Peugeot Total with Stéphane Peterhansel and Cyril Despres driving the cars finished the 5,442-kilometre course with one-two finish thus showing just how capable the new car is.
We can barely wait for the kick off of the Dakar 2016.

Last year, Peugeot wasn’t that successful on the Dakar Rally. Carlos Sainz crashed in the fifth stage disabling the car for further race, while... 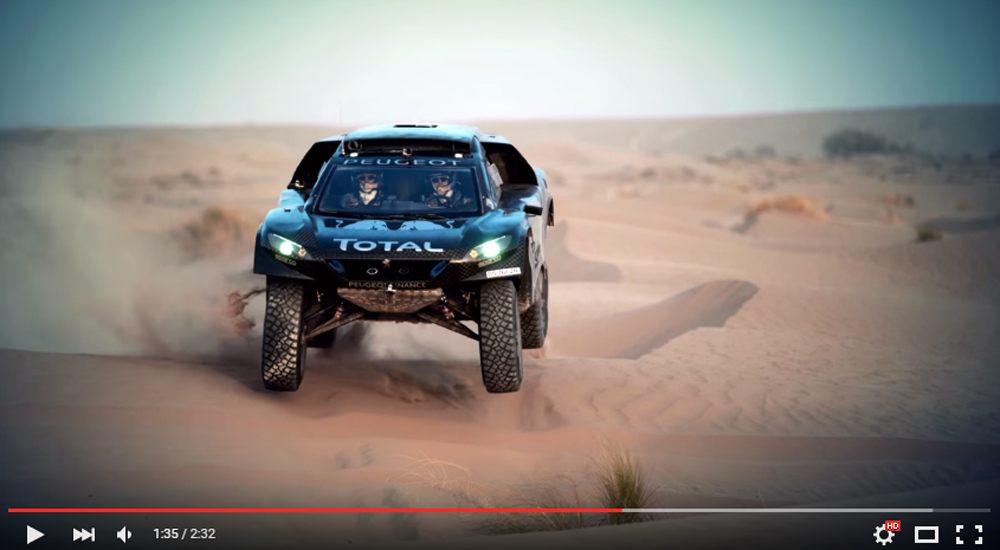