We have seen almost anything that there is to be seen about the fastest Tesla Model S P85D. We saw how people react to it, how is it faster than the Challenger Hellcat and how it stacks up against Lambo. However, now we have a chance to see how it stacks against the most powerful Ferrari with naturally aspirated engine of all times. This is the Ferrari F12 Berlinetta, a car powered by a 740 HP monster whose power goes through double clutch gearbox to the rear wheels. This is a seriously fast car and with the acceleration to 60 in less than three seconds it is really interesting to see how could the Tesla Model S P85 D defy it.

As we know, the Tesla Model S is a four door large sedan and its electrical engine nemesis develops 691 HP that go to all four wheels. Although the car is slightly less powerful, four wheel drive gets the Tesla Model S an edge of the line in comparison with the F12 Berlinetta. That is why you can see it jumping ahead at the start of a Drag race. The Tesla Model S is possibly the fastest car on earth in 0-30 mph region, but after it reaches that sort of speed, the mighty Ferrari takes over. With enormous petrol V12, extremely well calibrated transmission and pure Italian HPs, the Ferrari F12 Berlinetta succeed to overtake the Tesla Model S P85D on their way to a Quarter of a mile mark.

Nevertheless, the Tesla Model S gave Ferrari a run for its money and it proved that it is a real American musclecar of the new age. We like it.

We have seen almost anything that there is to be seen about the fastest Tesla Model S P85D. We saw how people react to it, how is it faster than the... 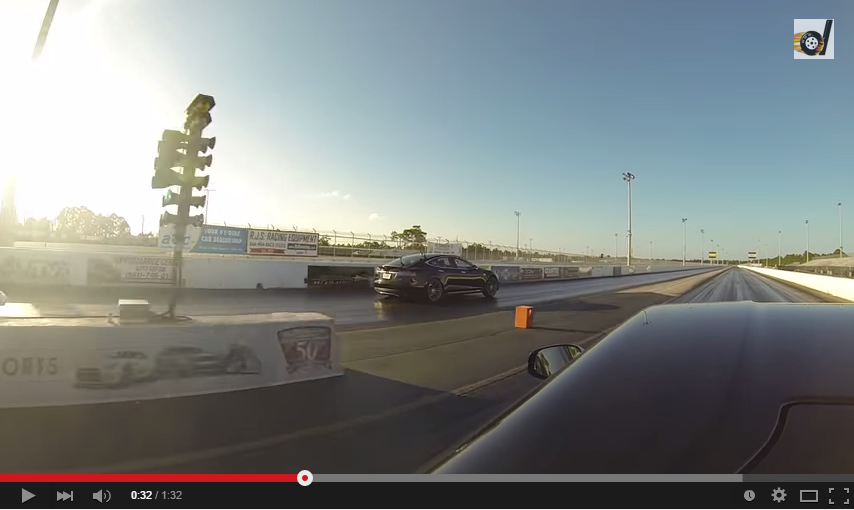