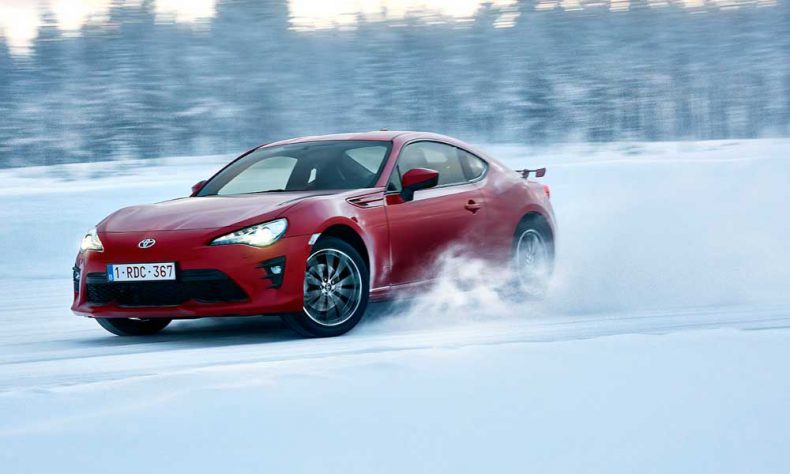 This guy from the Dedication Blog climbed his way up to the top. Thanks to his incredible talent he succeed to make a software that sold in millions and now, he enjoys the fruits of his work. He owned a Seat Leon Cupra, BMW M3, Lotus Elise and now he owns a BMW M235i, an Audi R8 and a Toyota GT86. He is just a simple guy who got the hang of some money and enjoys buying and driving interesting cars.

This time he is, with his companion, in the Toyota GT86 and they are having fun on a snow covered road. Nothing is gracious here. They are driving slow, rather appalling, but a smile is on their faces and petrol in their tank. However, after oversteering the GT86 just went out of the road. Luckily, no one was hurt. Actually, these guys find this rather amusing.

Nevertheless, browse a bit through his channel and you’ll find some very important tips and tricks on how to maintain some of the cars he owns and how much does it actually cost to own these beauties.

For those of you not acquainted with the Toyota GT86, we will just say that that is the same car the Americans call the Scion FR-S and Subaru calls the BRZ. It is a rear wheel drive car with a two liter boxer engine in front developing around 200 HP. It’s not the fastest car out there, but those who drove it says that is one of the most exciting cars for sure.

This guy from the Dedication Blog climbed his way up to the top. Thanks to his incredible talent he succeed to make a software that sold in millions...