Super Bowl frenzy is up and running. Commercials are made and various interesting facts revealed just to make this Super Bowl even bigger than the one from the last year. Now, we bring you four amazing commercials made by Toyota, Kiat, Mercedes and BMW that will air during the rest time. Of course, car manufacturers aren’t the only ones that will show their commercials here, but these four are in a league of their own.

We are starting with the Toyota commercial for their newest Camry. They call it The Bold Camry. Muhammad Ali’s famous speech goes behind the video in which Amy Purdy, the winner of bronze medal in snowboarding at the Paralympic games in Sochi in 2014, goes through her life fast and strong. The Toyota Camry is shown to be as bold as this amazing paralympic medalist. The people, however, did not like the video too much. Look at the Like/Unlike bar.

Is there a more instructive tale that that about a rabbit racing with a tortoise. This tale teaches us that persistence is everything, but in this story, Mercedes-Benz gave it a little twist. The Tortoise got the newest Mercedes-Benz AMG GT and it destroyed the rabbit at the race track.

I am Bond, James Bond! That is the very sentence that made Pierce Brosnan famous. This time however, he is not driving a BMW, or an Aston Martin. This time he makes a commercial for the Kia Sorento, and he did it so damn well. You will see an explosion, a rocket launcher and even a wonderful lady, but the car is the only real star here.

Back in 1994, during their hosting of the Today show, famous American television hosts Bryant Gumbel and Katie Couric asked what is the Internet? Now, they are again on the verge of a revolution. They are driving the new BMW i3 and ask what is a i3 anyway!?

All The Best Super Bowl Car Commercials In One Place. Enjoy

All The Best Super Bowl Car Commercials In One Place. Enjoy

Super Bowl frenzy is up and running. Commercials are made and various interesting facts revealed just to make this Super Bowl even bigger than the... 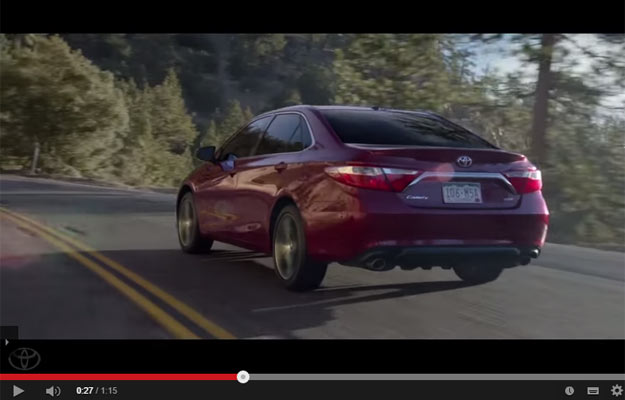