Exactly a week before the beginning of the most important American auto show this year, Toyota released official pictures and data about their newest pick/up truck. It is of course, a mid sized pick-up truck which is doing well in the US and it became rather important for the Japanese car manufacturer on the second biggest car market in the world (China is the first now).

Looking instantly recognizable with prominent front grille and front end closely related to the newest Toyota 4Runner, the new third gen Toyota Tacoma brings a hint of modernity in the world of business minded pick-up trucks. Although the front is carrying rather nice lines (for a cheap pick up truck), the rear end is a bit blunt. Nothing new there in terms of styling. Luckily, the sides are as masculine as they are supposed to be. Somehow, the new Toyota Tacoma seems a bit higher than before. The space between the tires and the fenders is rather large which might suggest that this particular one is equipped with some kind of off road package. 4×4 sign at the  back clearly sums up the drive and the V6 lettering tells us that the 2016 Toyota Tacoma received the six cylinder engine. We can go further and say that the engine is a four liter six cylinder developing more than 250 HP (possibly 270 HP).

This, however, will surely not be the only version in offer. We can expect a single cab version with a rear wheel drive, larger bed and possibly a four cylinder engine. Many of counterparts have the four cylinder engine option and Toyota will, apparently offer one too.

All in all, the Tacoma received the much needed facelift which brings up the image and it’ll surely bring up the sales figures.

Exactly a week before the beginning of the most important American auto show this year, Toyota released official pictures and data about their... 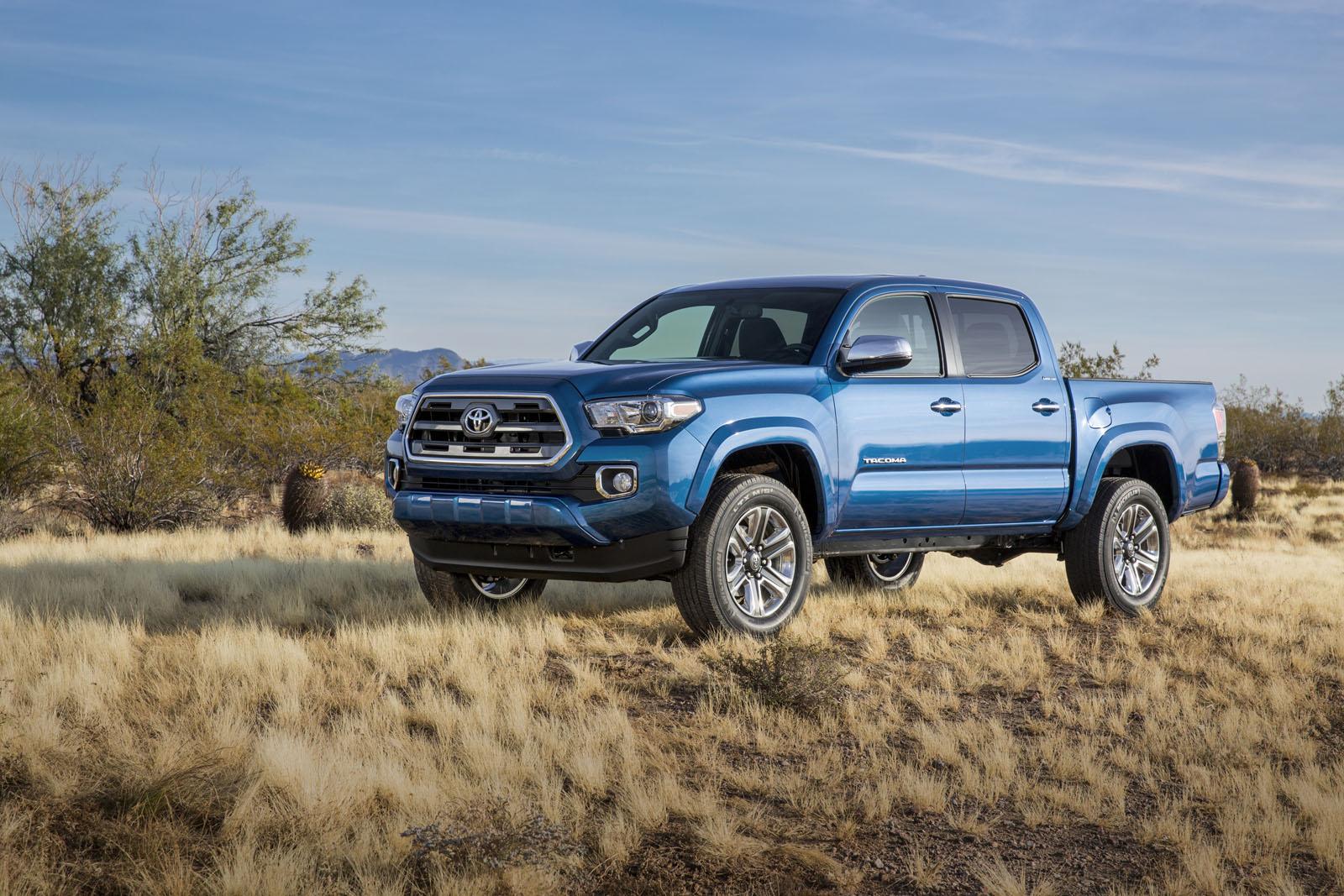