American Car culture was built upon cars that run a quarter of a mile the best the world has ever seen. Thus the birth of a muscle car and the birth of a professional drag strip where any car mechanic could bring up his own rig and race it against whatever was next to it. That is why nowadays car producers put that awkward spec in the performance sheet that says “¼ of a mile time”. Of course, the faster the better which usually means the bigger the better (in Texas that line is not just a line, it’s a way of life). So, what happens when you provide an American with an empty airstrip and a bunch of high performance vehicles. Well, what could happen really?

It is their fourth drag race which they call the World’s Greatest Drag Race in four years, so they know what they are doing.

The race features some of the best cars from last year and here you can really see who stays far behind and who takes the title of the ultimate drag car of the year. The winner is the Porsche 911 Turbo S. It is a car that eventually beat the Nissan GT-R in a drag race. The Nissan was faster before. More amazingly, we see here how fast the BMW i8 really is. It finished a quarter of a mile race in 12,4 seconds which is better than anyone expected from a car powered by a tiny 1,5-liter three cylinder engine (and mighty electric engines).

American Car culture was built upon cars that run a quarter of a mile the best the world has ever seen. Thus the birth of a muscle car and the birth... 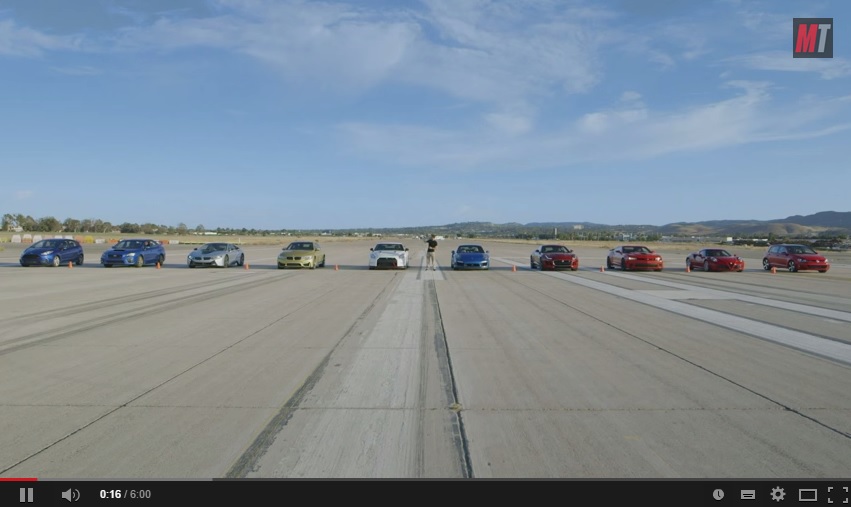