Car fanatics you’re in for a treat! Let’s talk about super e-cars…those mean and aggressive machines that only run by battery. We rarely have these types of cars 10 years ago but today they are now sprouting like mushrooms and not just any kind of mushrooms, because most of them are just drop dead gorgeous.

Li-ion is an electric super car maker based in Mooresville, North Carolina that brought us two stunning creations; the Wave II and the Inizio.   The Wave II already had a name that marked the auto Industry and won the Progressive Insurance Automotive X Prize.  This car has an economy rating of 202 MPGe, the “e” in the mileage rating means its “equivalent” for miles per gallon but it is still based on its electric consumption.

The Inizio on the other hand is an electric supercar which boasts aggressiveness which can be at par with other petrol guzzling beasts.  This car can blast from 0-60 mph in a blistering 3.4 seconds.  Top speed is maxed at 170 mph or 274 km/h.  With soaring oil prices, this is one of your options to get your aggressive driving intact knowing your wheels are being powered by electricity. 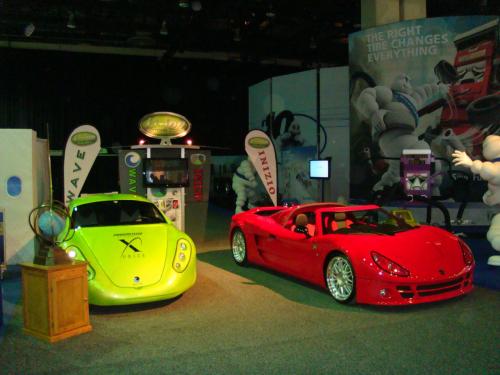 Wave II and the INIZIO Supercar

Wave II and the INIZIO Supercar

Car fanatics you’re in for a treat! Let’s talk about super e-cars…those mean and aggressive machines that only run by battery. We rarely have...