The future has come. Take a look at this video released by Volvo in which the Swedish company presents their newest and most impressive autonomous drive system which is part of their project Drive Me. The system consists of various technologies which work together to provide the Volvo XC90 with the autonomous drive capability. Volvo really announced this project two years ago and now they’ve started to implement it. The project team will launch 100 Volvos equipped with the system by 2017 and we are pretty sure that they’ll launch different types of vehicles. The cars will ride only at designated roads at the city of Gothenburg and Volvo announced that everyone will have the opportunity to try the autonomous car.

The technology that makes all of this work consists of “76 GHz frequency-modulated continuous wave radar and camera placed in the windscreen, four radars behind the front and rear bumpers, four cameras that monitor objects in close proximity to the vehicle, multiple beam laser scanner at front, trifocal camera placed behind the upper part of the windscreen, two long-range radars placed in the rear bumper, twelve ultrasonic sensors around the car, high definition 3D digital map sourced from the cloud based system accessible by Internet and high performance GPS”.
It is rather remarkable that all of this technology is actually already in series production which means that this system just might be cheaper than the system used by Google. All in all, this video rather literally presents how the world of motoring might look like in five to ten years and this just might be the car Volvo talked about a few years before – a car that will be impossible to have a fatal accident in.

Volvo Showed Us The Way Motoring World Will Take

Volvo Showed Us The Way Motoring World Will Take

The future has come. Take a look at this video released by Volvo in which the Swedish company presents their newest and most impressive autonomous... 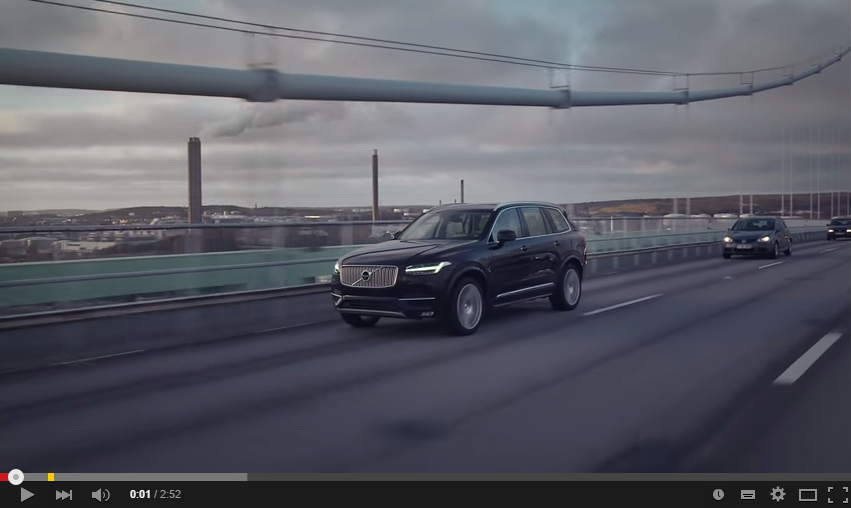