Ok. Imagine you have a ski resort road which is covered with nice thick snow, you have a Subaru with a turbocharged engine, symmetrical all wheel drive and wonderful snow tires! What should you do?

Take a look at this video depicting two automotive enthusiasts who made the most of the snow covered road and their beautifully powered Subarus. One drives a rather nice Subaru Impreza WRX STi, while the other rides in a Subaru Forester STi but without a front bumper. We might only guess where he lost that bumper, maybe on that road in this video. These aren’t professional drifters or rally drivers, but they show quite nice skills on these snowy roads. Of course, they could hit it a bit more faster, but then again, they do not have any sponsors which would cover the damage.

This video was filmed on the road to Mestia Ski Resort in North Georgia and the Subaru Club Georgia was involved in making of this rather nice amateur effort of the drivers Shota Babilodze (2004 Subaru Forester STI) and David Khachidze (2004 Subaru Impreza WRX STI).

As a refresher, the 2004 Subaru Impreza WRX STi is powered by a 2.5 liter turbocharged engine which develops more than 230 HP. Interestingly, the Forester is powered by much the same engine. More importantly, both cars have impressive symmetrical all wheel drive which is one of the best in the world. All four wheels can power these small monsters which would be a formidable sports cars even by today’s standards.

Ok. Imagine you have a ski resort road which is covered with nice thick snow, you have a Subaru with a turbocharged engine, symmetrical all wheel... 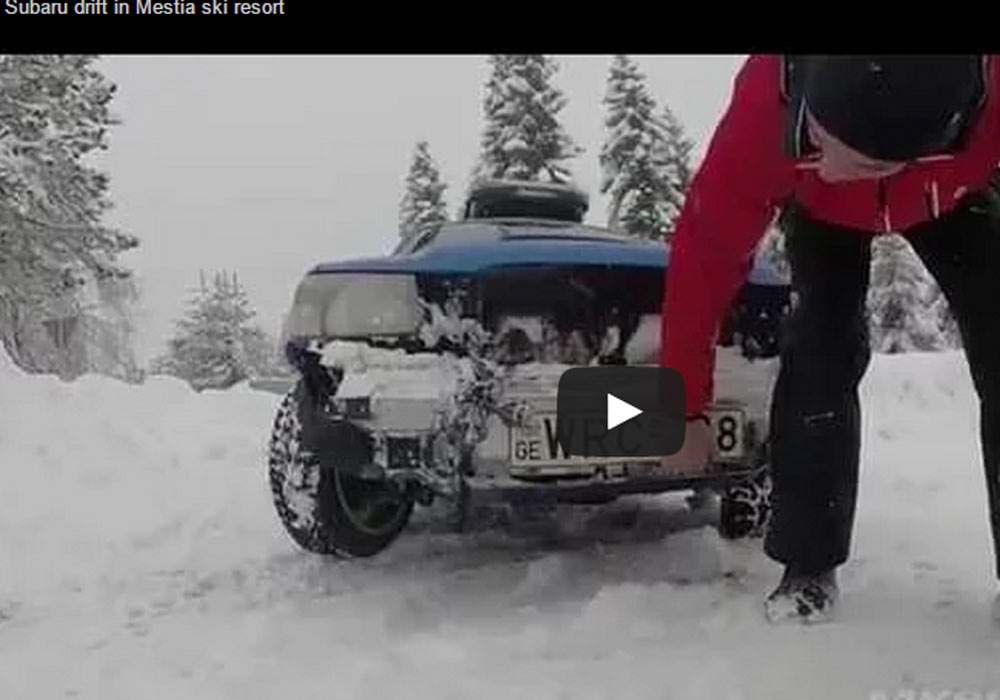