There had been rumors going on for years that two car gods will collaborate and create a series of masterpieces.  Now they have finally spoken, Toyota and Subaru is ready to unveil their creation by 2011.  This will surely be a car to look out for this year and you just got a hint that they will be unveiling something magnificent as this will be the sign of what is to come in the future.

We all know these are two respectable car manufacturers (despite Toyota’s recall blunder) have already made a highly reputable name in the auto industry.  They have announced that what they are planning to release are a series of sports coupe that will be in dealers late of this year.

They are also looking for their creation to be something very comfortable and fuel efficient.  This is something new as sport coupes usually are petrol guzzling beasts with hard sport tuned suspensions.

Sources have said that this still unnamed car will be powered by a turbocharged 2.0 liter boxer engine capable of breathing 260 bhp.  This will be paired to a six speed manual transmission sending power to its rear wheels. 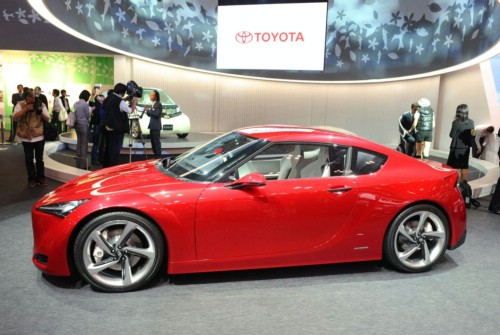 There had been rumors going on for years that two car gods will collaborate and create a series of masterpieces.  Now they have finally spoken,...