When you have a customization tuning program called Stinger GT-R, you have to deliver something really special. TopCar, one of the best and most recognizable premium tuners in the world, made a special body kit for the Porsche 911 Turbo and the Turbo S. The price for the customization program is an astonishing 46.580 Euros. You can buy a really great sports car for that price, but this is TopCar and they are tuning a Porsche so, don’t even ask for the price. Nevertheless, development process for the body kit took nine months. 24 carbon fiber composite body panels were made and installed on the Turbo. This way the weight dropped a bit, the downforce was enhanced and, according to TopCar, “90% of exterior is changed completely”.

Now, TopCar tried to justify the price with the 24 carat gold detailing on the carbon fiber parts they’ve created for the car. Cabin received modifications too. The cabin has been decorated with gold colored parts and specially developed inserts which make the Porsche 911 Turbo Cabin even more precious than it was in the stock form.

It seems that Stinger GT-R Porsche 911 Turbo retained beautiful engine Porsche built for it. TopCar offers only one tuning kit for the engine which ups the power for 60 HP. Off course, Turbo S is state-of-the-art car in itself and with slightly more power the car has impressive performance. We recon that the 60 mph can be cracked in less than 3 seconds while the top speed can hit 200 mph.

The TopCar Porsche is rather impressive art form that costs more than 275.000 Euros. It is not known who will buy this car, but we recon that there are a few collectors that would like to have this car in their collections.

When you have a customization tuning program called Stinger GT-R, you have to deliver something really special. TopCar, one of the best and most... 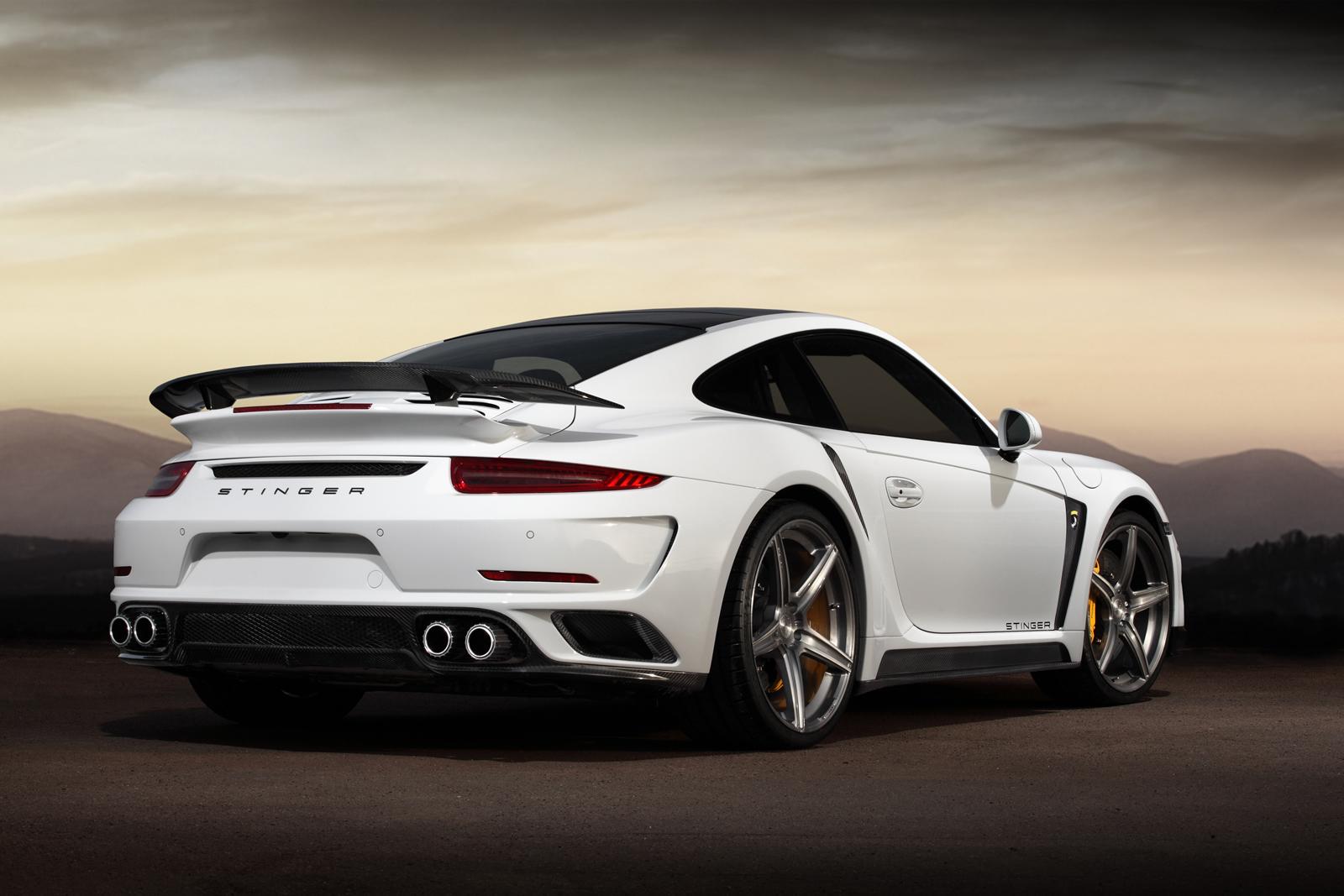