The Ford Raptor SVT is a monstrously insane vehicle with the power of elephant, looks of a true ‘Merican muscle truck and the capabilities that certainly dwarf many other full fledged off road vehicles. The other modern I-don’t-give-a-*hit monster off roader is the Mercedes G500 4×42 which is all you think it is – probably the best four wheel driven off road vehicle that ever existed. An yes, both of them are together, on the same day, at the same place.
In order to recover from the loss of three of their most prominent figures, Top Gear and Top Gear Magazine made and filmed an epic video where they thrashed, mashed, kicked and skidd these two thus showing the world just how awesome, exciting and madly insane these vehicles are. And, to be 100 percent frank, the video they’ve created is astonishing. How it couldn’t be when the Ford Raptor (look at this sick Ken Block Raptor) disposes with an engine of 6,2 liters and 411 HP while the Mercedes G500 4×42 has an AMG GT sourced four liter turbocharged V8 with the power of more than 420 HP.

However, the real story here isn’t about the two insanely cool, capable, epic and exciting machines, but about that “like-meter” under the youtube video. Up until this moment, more than 60 percent of viewers clicked unlike button and more than 150.000 people watched the thing. We are positive that had the video been revealed on any other channel apart from Top Gears, it would received a 90+ percent positive feedback. Why is this so!?
Well, look at the comments below. Almost every and any comment bellow simply says one thing and one thing only – Bring Back Clarkson. So, there you have it. Top Gear isn’t exactly Top Gear without the three middle aged man fulfilling their passion for cars, for life and living like they are kids who never grew up. Top Gear is all that – it’s a show which showed the non-car lovers why gearheads and car fans really exist. We only live our dreams.

The Ford Raptor SVT is a monstrously insane vehicle with the power of elephant, looks of a true ‘Merican muscle truck and the capabilities that... 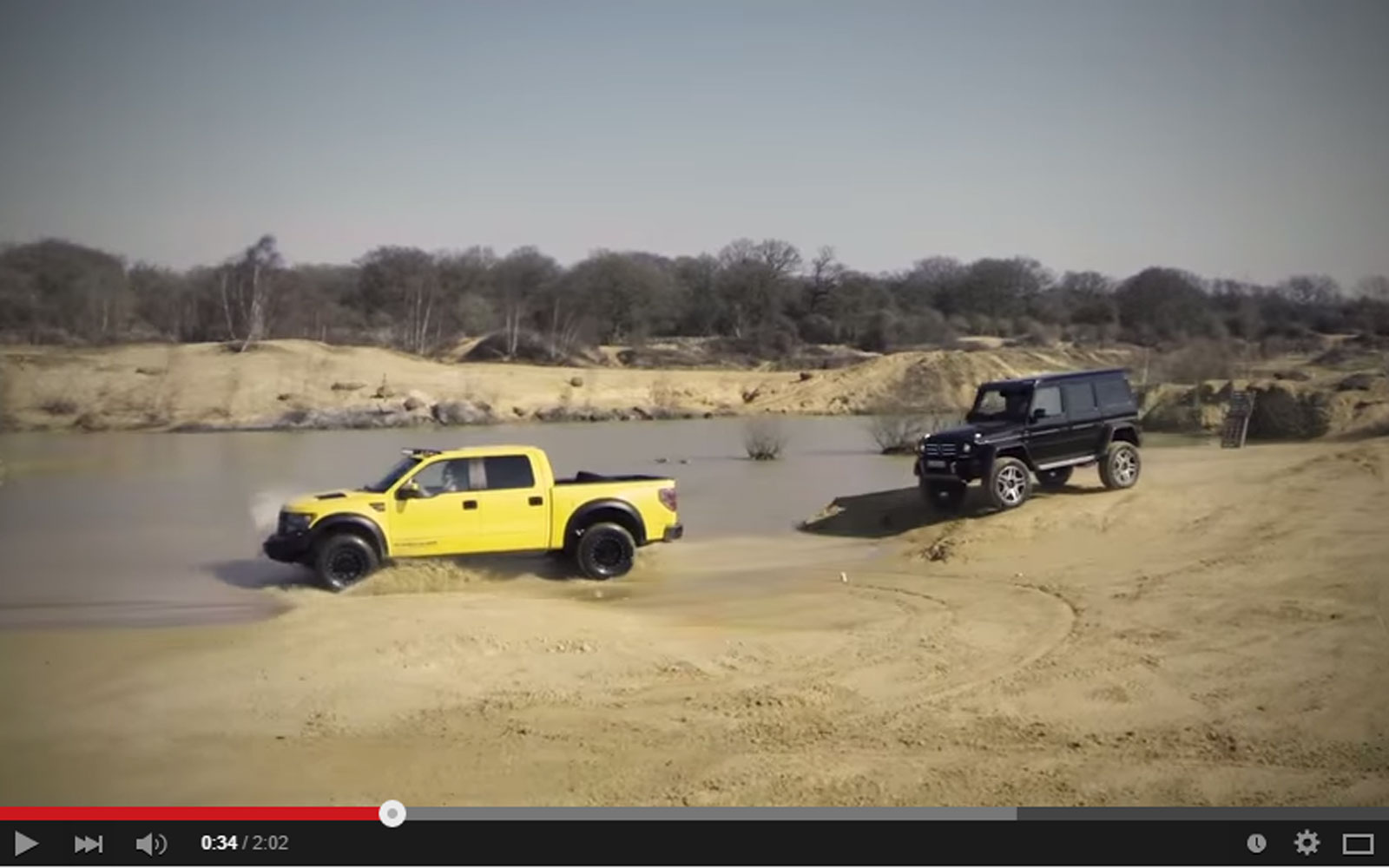