Daniel Craig is again in full swing filming the newest interpretation of the ultimate secret agent in the world. As we know from before, this time, Bond, James Bond will ride in the newest Aston Martin DB10 which is, quite clearly a remarkable piece of art. As the movie is being filmed in various cities across the world, this footage you can see here has been filmed in the Rome, where Daniel Craig is right now.

As we have learned earlier the Aston MArtin DB10 is limited to 10 units and it seems that not one of them will be offered to anyone on the market. However, we are quite sure that enough dough might convince some heads in Aston Martin to sell this remarkable looking vehicle to you.
Even though the car wears a whole new skin, the tech underneath is actually a V8 Vantage which is quite a remarkable car in itself. Like in some previous iterations, James Bond movie will use the British build vehicles and the main villain in the SPECTRE will use the Jaguar J-X75 Concept.
All in all, seeing three DB10s in one place is quite a sight. Every one of them is modified for filming but we really hope that new Aston Martins will be just as impressive as the DB10. It is already reported that this vehicle will show the way for the Aston Martin design philosophy and we have no problems with that. It’s awesome.

Daniel Craig is again in full swing filming the newest interpretation of the ultimate secret agent in the world. As we know from before, this time,... 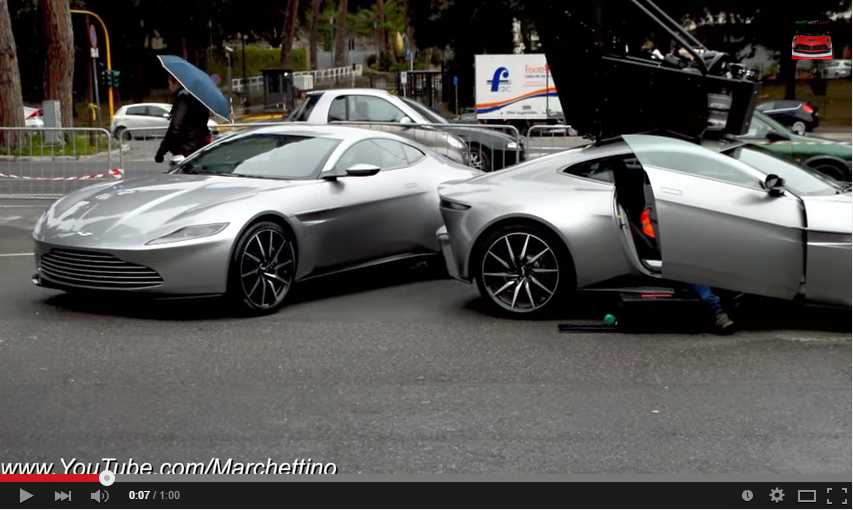