Press play and enjoy watching some crazy Finns trying to get into the Guinness World speed of records by driving a tractor. The aim was simple – make a tractor go more than 80 mph – the guys from Finland really did it.
The NokinaTyres project did not well from the beginning. After trying to reach the speed of more than 80 mph in a Finnish built Valtra T234 tractor, the mechanics discovered that one part of the tractor needed replacement. Of course, tractor “high performance” tyres were set on the tractor and after a few runs made the first day, the team concluded that they couldn’t do it due to track length and some other issues involved. So, what do you think solution was!?

As this is Finland they’ve simply created a whole new race track during the night and the first thing in the morning was to try and make an astonishing pass that would dwarf all other tractors out there. They were successful as the Valtra T234 tractor reached the speed of 130.165 (almost 81 mph), thus beating the previous record. The tires used on the tractor were Nokian Hakkapeliitta TRI, which are the newest Nokian tires for use on machines such as tractors. The tractor, on the other hand, is a Finnish made thing specially adapted for use in the Arctic areas. Obviously, the Finns know a thing or two about speed on ice and snow and the man making the record was the four-time Rally World Champion Juha Kankkunen.

Press play and enjoy watching some crazy Finns trying to get into the Guinness World speed of records by driving a tractor. The aim was simple - make... 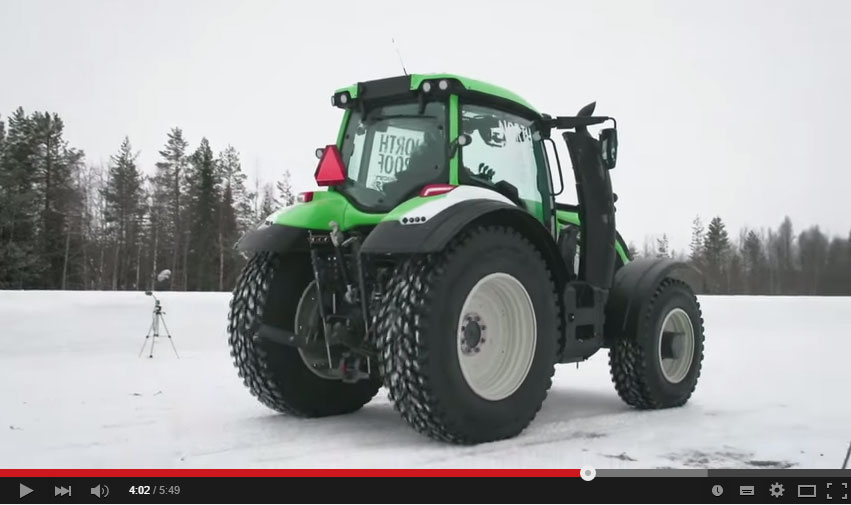