Land Rover Defender! That is a name that resonates so hard through the British automotive heritage that we are actually incredibly lucky to have it in production even at this point. However, the Defender will reach the end this year with the last unit rolling out of production line in December this year. Basically, if we count the Series I, II and III (the cars Defender succeeded) the Defender has been in production for almost 70 years. Amazingly, it was produced in the same company for all of that time and in this video you can see the place where two millions units of this astonishing off roader were made. How important this car is is best shown with the production of the 2.000.000th unit. Land Rover gathered a number of celebrities to make it in a few days. One of them is Bear Grylls who is a known admirer of this incredible car. We bet they wanted to tryout this too.

After they’ve revealed a number of special edition version including Heritage edition, Land Rover has started to organize a number of events where it’ll mark the production of the Defender and put this car where it really belongs – on top of the board of the most important cars of century. The 2.000.000th car was revealed at the Goodwood Festival of Speed before it goes to auction at Bonhams in London in December.
The production line we show you here is the place where every Defender was born and after the end of the production of the newest one, the plant will be converted and prepared for the new Defender. Actually, we doubt it’ll be called Defender, but it will be a spiritual successor although it’ll use the most modern technology and the most modern engines JLR (Jaguar Land Rover) produce. We can’t wait to see it in 2017.

Land Rover Defender! That is a name that resonates so hard through the British automotive heritage that we are actually incredibly lucky to have it... 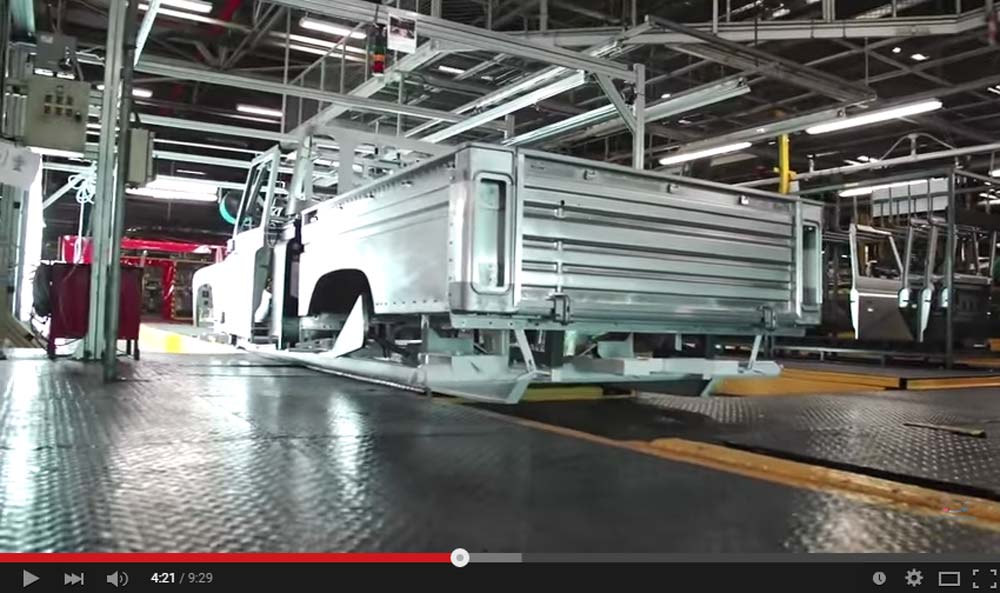