The Goodwood Festival of Speed was going hard this year. Among some amazing cars out there the world has had a chance to see two of the most astonishing vehicles coming from Sweden. The 2015 Goodwood Festival of Speed was the place where the Koenigsegg One:1 and the Koenigsegg Regera finally met up on the same place at the same time and we have a chance of seeing both cars running on the track.

The Koenigsegg One:1 (we wrote about it a few days before) is a proven monstrous car with the possibility to shatter the dreams of any Bugatti Veyron driver. It is that good. Lightweight construction weighs just at 1.361 kilograms and the power the V8 engine produces is the same – 1361 HP. There is where the name comes from. On the other hand, the Regera is a totally different animal. It is a futuristic car with three electric motors and one powerful petrol engine. All the trickery done inside enabled the Regera to ditch the transmission altogether, with the electric motors basically providing the thrust before the petrol engine kicks in. At this year’s Geneva Motor Show, Koenigsegg said that the Regera is still under development, but what is certain is that the hybrid system in it has a power output of more than 1.500 HP. That is a lot to bear for anyone. Mid range acceleration of it is so amazing that it could trash anything on the drag strip and in a race.
In this video we cannot actually see it driving fast because it is still a work in progress, but we can see it ride next to the One:1. We guess the Regera is its successor and when it comes it’ll certainly move the bar very high.

This Is The First Time We See The Amazing 1.500 HP Regera Drive

This Is The First Time We See The Amazing 1.500 HP Regera Drive

The Goodwood Festival of Speed was going hard this year. Among some amazing cars out there the world has had a chance to see two of the most... 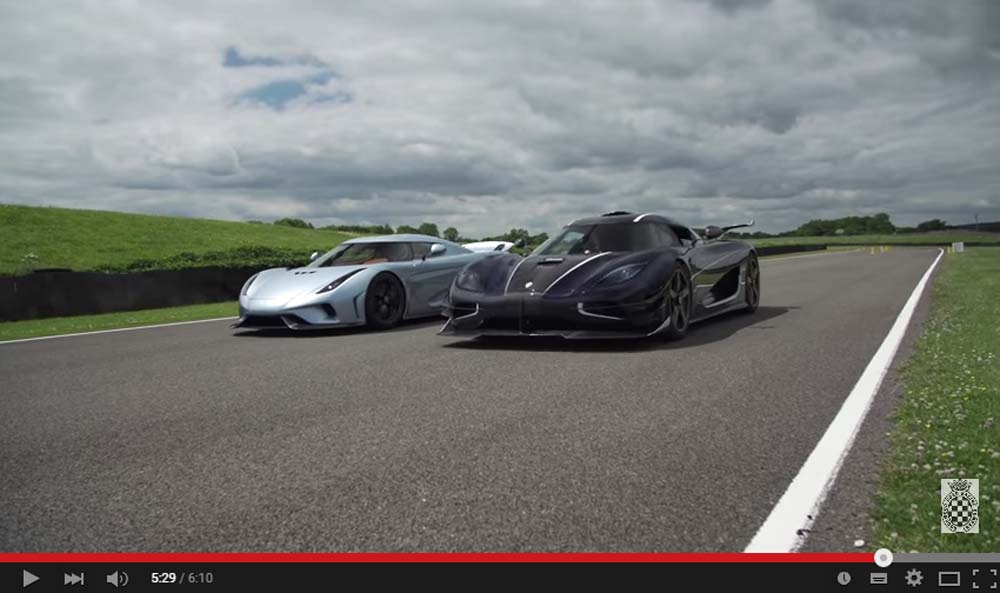