The Goodwood Festival of Speed hosted some amazing cars. We remember seeing that magnificent Regera driving for the first time, but that wasn’t the only super exclusive vehicle ready for the drive. Take a look at the first footage of the Aston Martin Vulcan actually driving. We’re not bringing a video from Goodwood, but from the Aston Martin test facility. They’ve made a rather nice 16 second video showing their newest vehicle created only for a few really wealthy people in which they start the engine and accelerate into the distance.

In a statement Aston Martin CEO Dr Andy Palmer said “Seeing the Aston Martin Vulcan unleashed at Goodwood today is a memory I will cherish for many years. We wanted to give this car its debut on ‘home soil’, and where better than at this hugely popular and globally renowned event.”
The Aston Martin Vulcan is a limited edition track car with a seven liter twelve cylinder engine developing 800 HP. That is more than any other Aston Martin ever. With it and with the weight slashed to a minimum this thing is designed to take on the best in the word, including the LaFerrari FXXK, or that sick McLaren P1 GTR.
Carbon fiber body, with monocoque chassis promises top grade stiffness of the whole architecture, while other bits and pieces (best of the best brakes and suspension) promise absolutely sublime driving characteristics. Only 24 units of this car will ever be produced and with the price of 1,5 million British pounds, this is certainly one of the most expensive British cars of all times. If we are to picture anyone inside than it would be James Bond, but he will not get a spin in it. He has that special DB10 we showed you earlier.

The Goodwood Festival of Speed hosted some amazing cars. We remember seeing that magnificent Regera driving for the first time, but that wasn’t the... 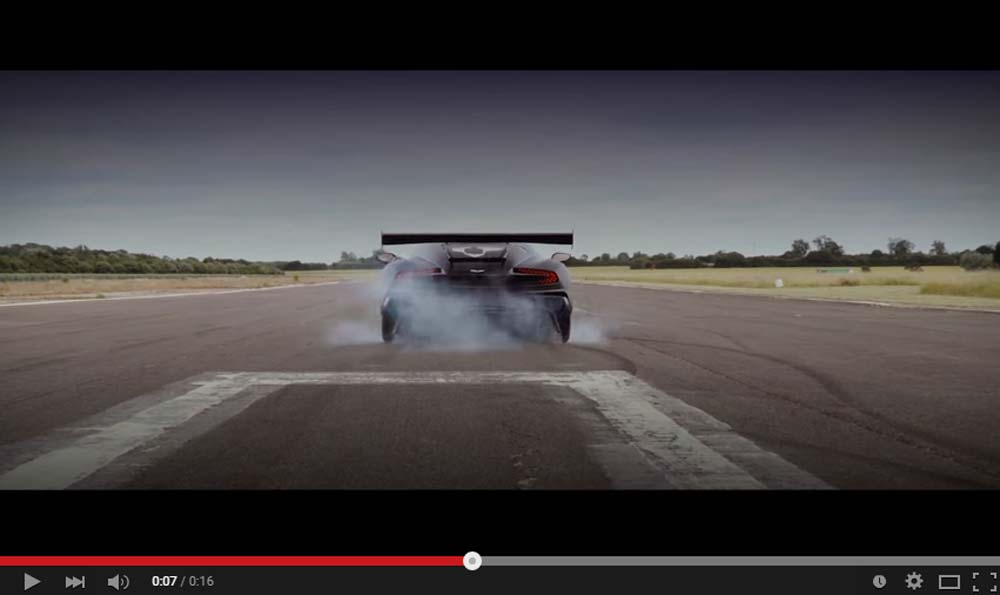