The 2016 Chevrolet Camaro was revealed only a few weeks ago and while the whole motoring world still waits for the proper review of the car, a selected few had a chance to drive the near production prototype and make some comments about it. However, not everything was going according to plan. After a few laps on the track, the reviewer from Jalopnik was trying a bit too hard and after the understeer he hit the wall with the almost priceless Camaro prototype.

Chevrolet officials weren’t actually thrilled with it. Actually, they’ve immediately removed him from the presentation drive and retired the car. Before the crash, Patrick George (Jalopnik journalist) was talking about the handling and it seems that he liked the car. The new 2016 Chevrolet Camaro is more composed, it doesn’t seem like it’s a large and heavy car and the lowered center of gravity definitely shows up in the bends when the car grabs asphalt like never before.
The car is available with the 3,6 liter V6, with the 6,2-liter ‘Vette sourced 455 HP V8 and, for the first time ever, with the two liter turbocharged four banger developing 275 HP. This is the musclecar for the new generation and the new turbocharged engine in it shows just how far the Camaro had come. Powerful and modern engines are closely followed by the independent rear suspension, front sports tuned McPherson suspension and even adjustable coilovers. Unfortunately, one prototype is down, but we will certainly have the chance to enjoy real cars soon.

This Is The First Crash Of The 2016 Chevrolet Camaro Ever

This Is The First Crash Of The 2016 Chevrolet Camaro Ever

The 2016 Chevrolet Camaro was revealed only a few weeks ago and while the whole motoring world still waits for the proper review of the car, a... 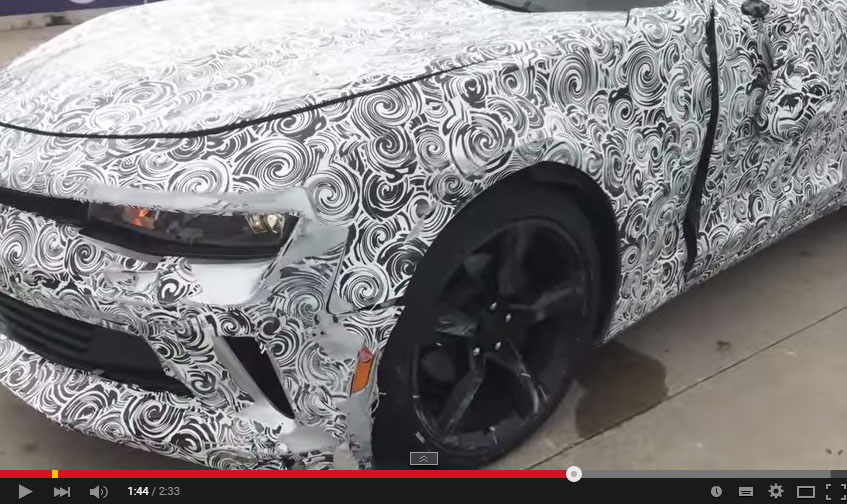