The future is upon us. This is Local Motors Swim and it is the first production ready car which was almost in it entirety 3D printed. It was created in a machine that can make really amazing stuff out of some sort of a plastic filler and the car that Local Motors from Phoenix made definitely proves this.
After revealing the concept version a few months ago, Local Motors finally showed their pride and joy destined to hit the market early next year at the 2015 SEMA motor show. Featuring the same design as before, but much more polished, the new LM3D is something like a beach buggy. It even comes with a surfboard according to the only picture they revealed.

The car making process is loosely represented in the video we have embedded. Not only are industry 3D printers necessary to create the car by laying a layer onto layer, but the whole freaking process is extremely painstaking. It seems that around five days is needed for the production of one car. Now, installing hundreds and thousands of 3D printers could ramp up the production considerably, but we have to get there first. For now, the car Local Motors will sell goes for 53 grand. A whole lot of money for a car of this type and this size. Even though 75 percent of it has been made using 3D printers (Local Motors will try to up 3D printer use to 90 percent), still a lot of work has to be done to make all of this feasible on a large scale. The beginnings, however, are promising.

The future is upon us. This is Local Motors Swim and it is the first production ready car which was almost in it entirety 3D printed. It was created... 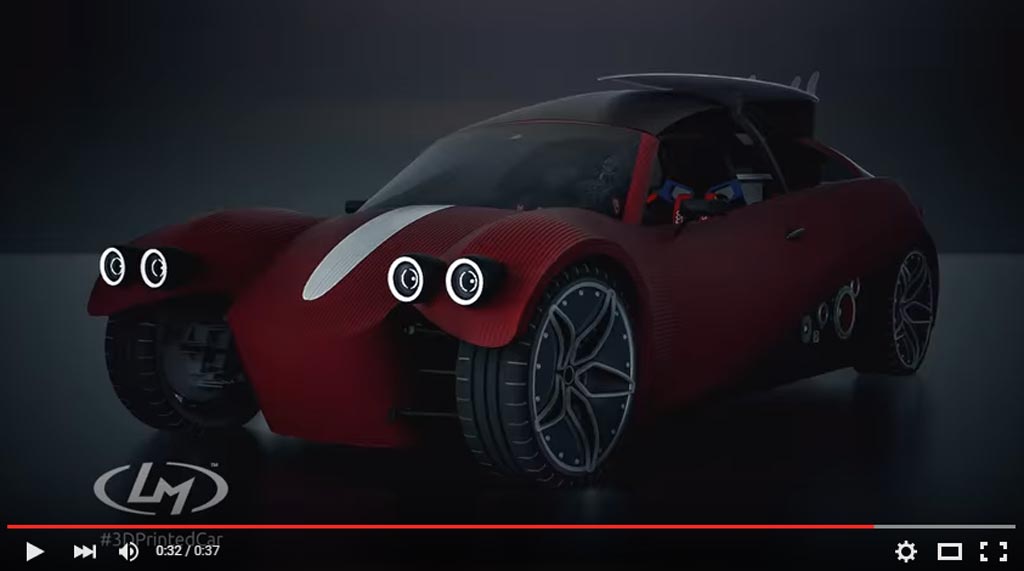