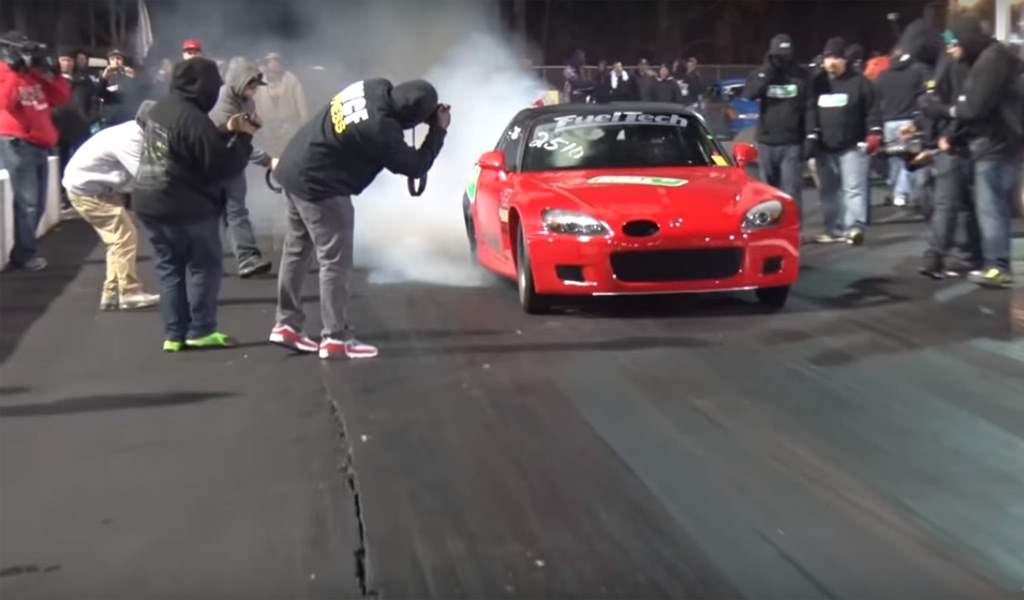 We all like the Honda S2000. Really, that is the most “likeable” car ever. It is small, light, it has the most potent two liter four banger ever and it goes like stink. What is more, it got that VTEC thing so it must be great. Well, some tuners made it even better. This is the World’s fastest Honda S2000 with the 2.2 liter engine dialed up all the way to some sick power.

Now, the other day you saw the Toyota Supra vs Chevy Silverado fight. Both cars had at their disposal power in excess of 1500hp, but the engines in them are far bigger than the small four banger here. However, to prove that size does not matter, this guy created an S2000 with a small engine producing more than 1500hp. And you’ll know it when you see how fast this thing can launch of the line and get to some incredible speeds in the process.
The best pass the driver made with it lasted for only 7,1 seconds and the speed exceeded 192 mph. Now, to put it in the perspective, this is the fastest acceleration time of any S2000. Hell, there is not a stock car in the world that can beat it or come close to it. As expected, they are aiming to get into 6s with this. Is it possible!? Well, it seems that the tires could be improved and the boost could be geared up. True, we are not sure whether it is possible to source out more than 15-16 hundred ponies out of this, but the owner will attempt to do so for sure. Everything may explode, but, what the hell…

We all like the Honda S2000. Really, that is the most “likeable” car ever. It is small, light, it has the most potent two liter four banger ever...