The Chevrolet Corvette C7 is a young car. It was revealed for the 2014 model year, so expecting sick modifications on it is a bit of a stretch. However, there are a few very rich musclecar lovers who liked it so much that they bought it new, took everything out of it and created a mind-bending drag car which is able of some sick times at the quarter of a mile race. The 2014 Corvette C7 turned into Outlaw 10.5 is one of the best record setting vehicles in the US right now (even better than this one).

Even though the modifications on this car are extensive, the owner actually admitted that all exterior body panels are from the factory which makes this ‘Vette a sick machine.
Of course, the engine inside is heavily modified, supercharged and cooled by a special cooling system. Even though we do not have the exact specifications, we know that this ‘vette has an engine producing insane 3.500 HP.
With so much power, special wheels, wonderful transmission and lightweight construction, the C7 ‘vette is only 0,2 seconds of the Outlaw 10.5 record. So, with a bit of more practice it is obvious that the C7 ‘Vette with a 3.500 HP engine will get that record. A this moment it can make a low 4 second pass at more than 188 mph which is simply mindblowing.

The Chevrolet Corvette C7 is a young car. It was revealed for the 2014 model year, so expecting sick modifications on it is a bit of a stretch.... 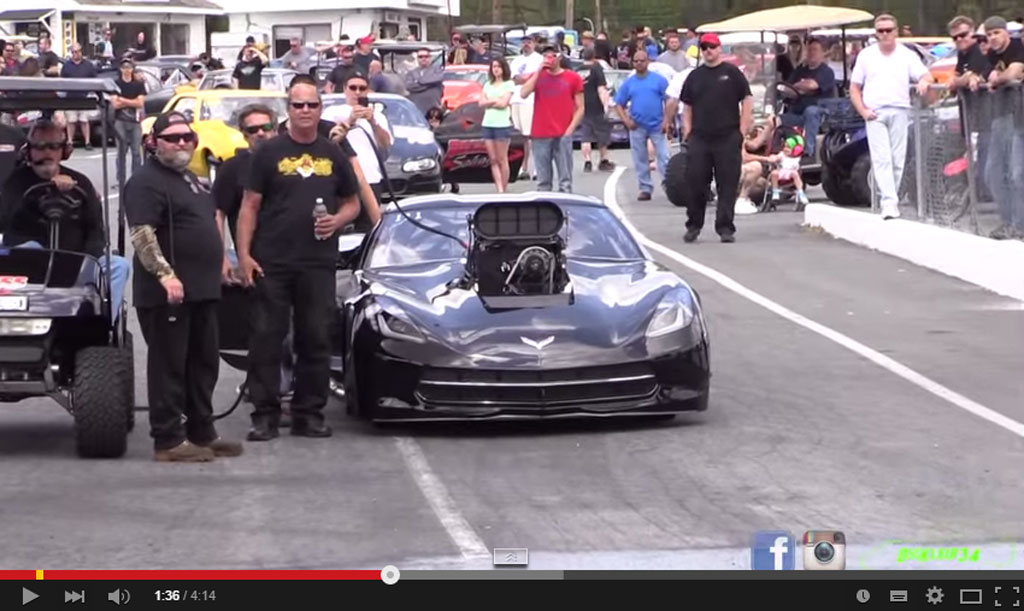