We have seen a lot from Chris Harris lately. However, one of the last reviews he made is about a very special car. This is a “very, very yellow” Bugatti EB110 SS and it is one of only 33 produced. If you aren’t familiar with this car don’t be crossed about it. Only 139 EB110 were produced in total (33 of which were the SS version) and the car is so praised and collectible that only once in a while one pops up for sale. Now, Chris Harris had a good time behind the wheel of the 3,5 liter engined 600 HP monster and the impressions about it were spectacular to say the least.

This particular vehicle is for sale by an auction house, but we don’t really care about that because only a handful of people have enough money to purchase it. It costs somewhere around $700k. A lot!
However, we are interested in its performance and driving abilities. According to official data we found on the Internet, the Bugatti EB110 SS can accelerate to 60 in 3,2 seconds and can reach 216 mph (almost Aventador Fast). That is demon speed even by today’s standards and it really was a breakthrough back then.
As for the downsides, Chris said it has a nasty turbo lag problem, but c’mon, you don’t have to drive it under 4.000 rpms, do you!? Awesome power perfectly harmonized with the push of a true supercar and transmission everyone will fall in love with made this very special Bugatti EB110 SS a car capable of wondrous things. It just might be the best pre-modern-supercars-era car.

We have seen a lot from Chris Harris lately. However, one of the last reviews he made is about a very special car. This is a “very, very yellow”... 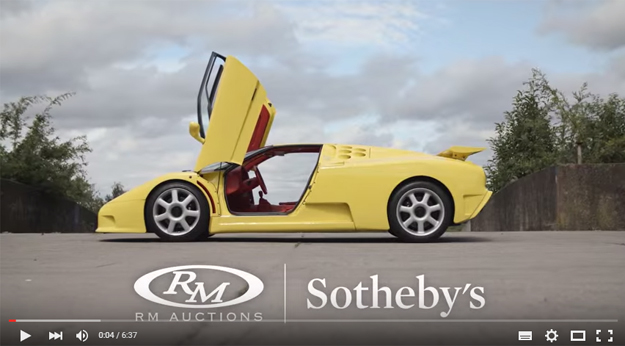