W Motors became known for their love affair with the supercar business once they revealed their first car – the Lykan Hypersport. Not that the car was not good looking, but it lacked the presence and gizmos we would expect from a really, really expensive car. Now, the second one has been revealed. Built around a tubular aluminum chassis, with styling causes built upon the Lykan, the carbon fiber bodied Fenyr Supersport is far more of a supercar than the Lykan ever was. It looks like it has been done properly, but until they deliver a few of them for some independent testing we cannot really be sure of the quality.

What we do know is that the car was revealed at the Dubai Motor Show, it received RUF built four-liter engine churning out “from 900hp” and it weighs almost nothing thanks to all that smart high-end material use.
As W Motors plan to build 25 of them (apparently), this one will cost half the price of the old Lykan Hypersport at $1.75 million bucks. It is a lot of money for something that does not bear a Bugatti, Pagani or Koenigsegg name. However, it should be a lot of car as well. 2,7 seconds is the 0-62 sprint. The top speed is north of 250 mph and who knows what have W Motors prepared for the inside. The last one allegedly had a real holographic display. This one could get it too!

W Motors became known for their love affair with the supercar business once they revealed their first car - the Lykan Hypersport. Not that the car... 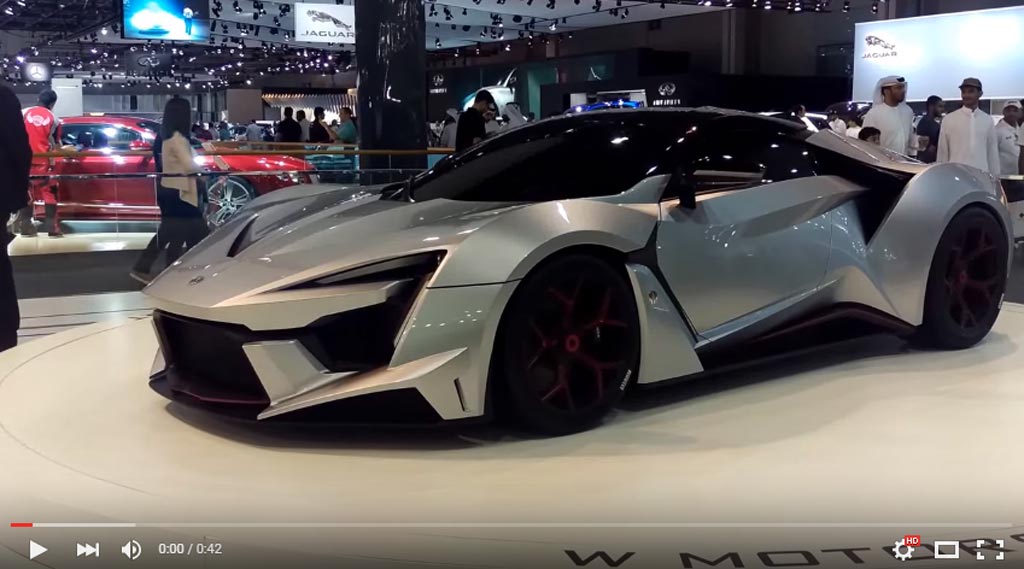