What would you rather have? A finely tuned Nissan GT-R with more than 1700 HP, an exceptionally bizarre Bugatti Veyron Supersport with stock 1200 HP, or a Golf Mk2 which can smash them both in a drag race and still go to the road after it!!!
The Veyron should always be the answer, because this thing costs so much that you could probably buy five or ten finely tuned GT-Rs for the price of a Veyron SS. That, however, isn’t our concern right now. The Golf Mk2, dubbed the 16Vampir is a German garage engeneering monster with a four cylinder 1.8 liter Volkswagen engine tuned to produce so much power it’s hard to grasp how its does not disintegrate after each run. In the video more than 3 million people viewed, the Golf is shown as the ultimate dragster who is faster than the Nissan GT-R Alpha (yes, this is the one that was the fastest Nissan GT-R in the world) and much faster than the stock Bugatti Veyron.

Interestingly, a small Golf hatchback is powered by a small four cylinder engine which develops exactly 1013 HP and 891 Nm of torque. Official data show that the 16Vampir is able to hit 62 mph in 2.3 seconds, 124 mph in 5.4 seconds and 168 mph in 8.7 seconds. That is faster than the best supercars of today. With the quarter of a mile time of 8,65 seconds this Golf Mk2 would eat the Hellcat and any other musclecar for breakfast.
In order to achieve such performance, the car is equipped with the 4Motion all wheel drive system, Garrett turbocharger and an all new transmission. Also, this is, possibly the fastest accelerating Golf Mk2 in the world, and the Racelogic data shows that the thing can achieve speeds of more than 200 mph.

What would you rather have? A finely tuned Nissan GT-R with more than 1700 HP, an exceptionally bizarre Bugatti Veyron Supersport with stock 1200 HP,... 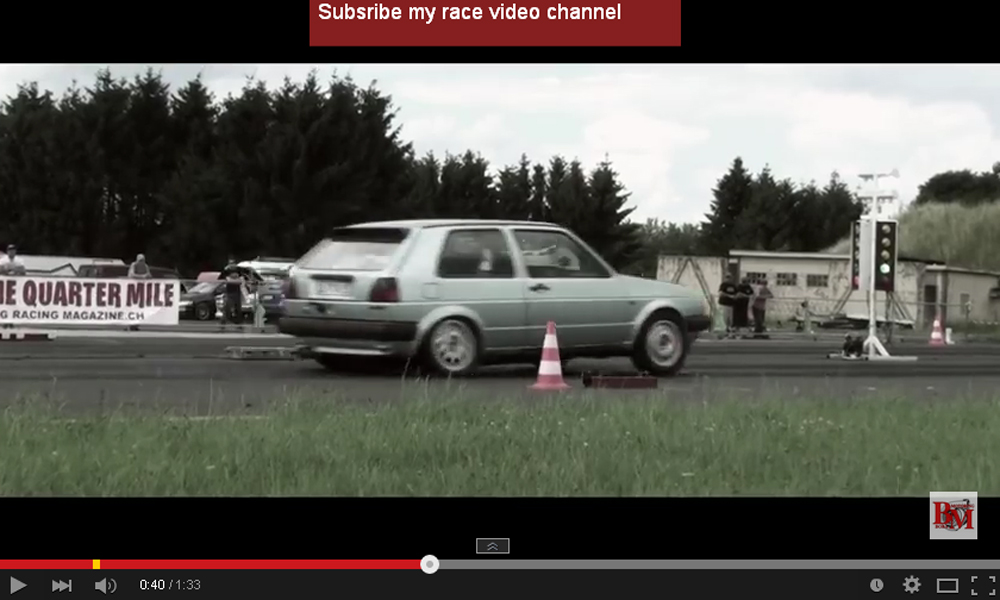