Black Friday is like a holiday in the US. Not only in the US actually as the whole world was captured by a buying frenzy last week when a gazillion of things that are not needed were bought. However, this incredible “holiday” celebrating all the capitalist good things we love brought us a 360 degree video of the Nissan 370Z drifting in some godforsaken abandoned mall and we are thankful for that.
Black Friday 360 experience is like taking all the dreams of a 16-year-old, putting them all in a blender and eventually spitting the product out. Well this is just it and you better watch it because you could turn into that 16 year old teen that thinks he knows it all. That is cool.

Using a modified drift Nissan 370Z, Nissan created a drifting video which somehow makes us think about the Fast and Furious Tokyo Drift! They did some crazy drifting sessions in closed garages, mall parking lots and elsewhere. This looks similar and it is scarcely cool. What is even more cool is the option that allows you to change camera angle. This is a 360 degree video and everything – yes, we mean everything was caught on tape. So, if you want to see how the drivers’ actions that lead to drifting, or just to see what do the cars look like while performing awesome stunts, just push that thing in upper left corner.
As a refresher, the 370Z is a 3,7 L V6 powered car, but these depicted here are definitely hugely modified and tuned in a number of ways. The end result is a car capable of giving the rear tires some harsh time.

Black Friday is like a holiday in the US. Not only in the US actually as the whole world was captured by a buying frenzy last week when a gazillion... 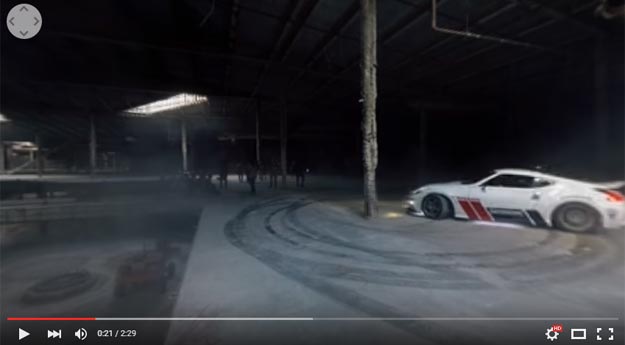