The Ford Mustang celebrated the 50the anniversary in April last year. The new generation was revealed and the newest car is destined to succeed, if for nothing than for the fact that it will be sold in every country in the world (except a few where F-16 Fighting Falcons did not bring freedom yet). Development process for the car was so extensive and complicated that the designers and engineers had to work overtime to perfectly create a vehicle that will carry the spirit of its predecessors, that will be modern enough to appeal to younger buyers and that will walk a fine thin line between the needs of today and the opulence of yesterday.
The first video in a series of videos that depict the creation of the 2015 Ford Mustang – “The Making of the 2015 Ford Mustang” published by Ford shows us what the designers of the exterior had to endure and had to reconcile when designing the car. It is obvious! The vehicle had to be shaped in order to capture the clear and representative lines of the original, but then again it couldn’t be just a blind copy of the first Mustang ever.

Ford published this video in order to celebrate the 51st birthday of the best known Ford of all times and it seems that we learned that the guys who were building the Mustang were those who liked the story about it the most.
Luckily, the designers and the engineers went through with the fastback design and it was the right thing to do. Powerful Mustang styling causes were integrated and the thing just emerged as one of the most beautiful and best crafted Mustang of all times. We will bring you the whole series in the next few weeks and the next one is about the interior. Stay Tuned.

This Is How The 2015 Ford Mustang Was Built

This Is How The 2015 Ford Mustang Was Built

The Ford Mustang celebrated the 50the anniversary in April last year. The new generation was revealed and the newest car is destined to succeed, if... 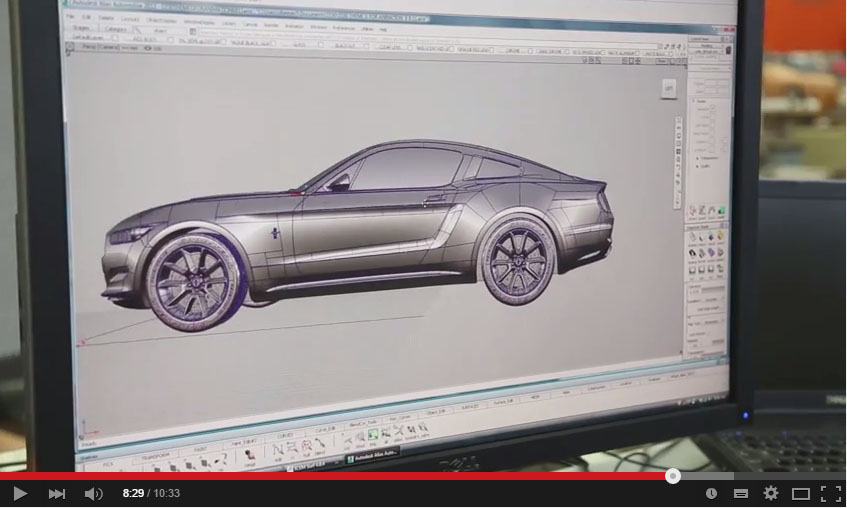