The Subaru Impreza WRX STI built up its own image thanks to the massive success in the World Rally Championship. With a powerful engine, very capable drivers, reliable tech under the metal and Symmetrical All Wheel, the Subaru Impreza from the Nineties was and still is one of the most capable vehicles ever devised by men. Looking rather tame and even too conservative, the Impreza WRX STI built up the image of a truly legendary racer whose success on the tracks was translated to the sales success on the market as well. Actually, one of its versions – the Impreza WRX STI was so popular that Subaru rebranded the vehicle, now calling it only the WRX STI.

The attached video perfectly shows the Impreza WRX STI GC thundering through numerous rally stages in its time. This very capable vehicle succeeded to secure manny wins over the years and almost every notable driver was behind its wheel at some point in its life. Back than a WRC car was supposed to have an engine developing exactly 300 HP (although every one of the contenders had a few more, like 50 more). We guess that the Impreza wasn’t an exception, but that isn’t the point anymore. Thanks to the success in the Nineties, now we have the chance to enjoy the advancements Subaru made over the years. Nowadays, road cars are almost equally fast as the WRC cars from back then. Press play and enjoy every second of the video that will make you love Subaru even more.

The Subaru Impreza WRX STI built up its own image thanks to the massive success in the World Rally Championship. With a powerful engine, very capable... 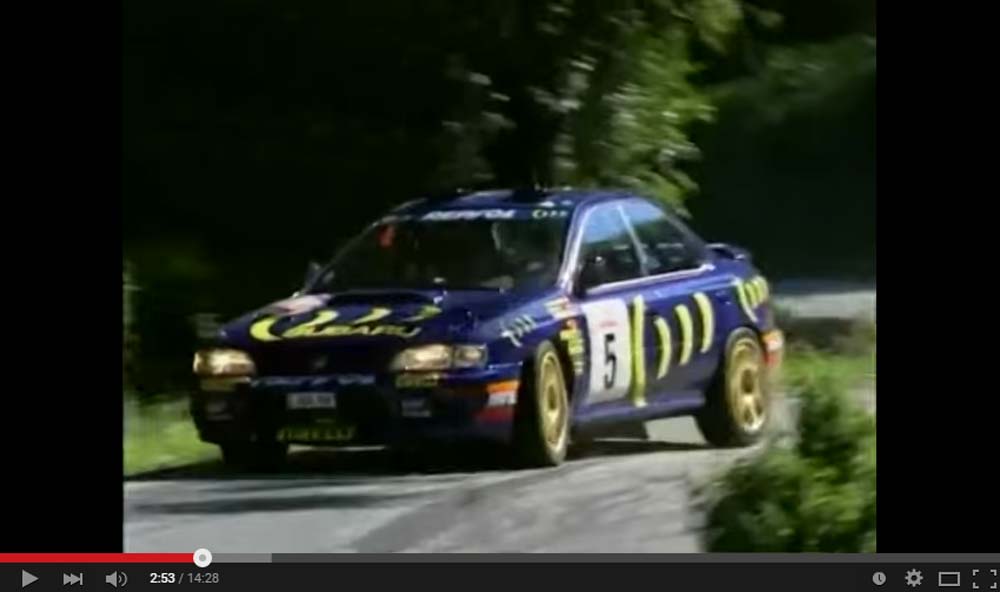