Have you ever tried to imagine how a Bentley is actually made. Yes, we know the story about the best cows in the world giving their leather, or about the multiple coating techniques serving to get the best paintjob ever, but you have probably never seen the work behind the scenes.

In the latest video released by Bentley, they show some inserts of how the Bentley Continental GT Breitling Jet Series by Mulliner is made. Now, bear in mind, this is quite a special car you are seeing here. Only seven units have been made – the same number as Breitling Jets. As expected, a few of them have been offered to the Breitling Jet team members, but no one really knows where they will end up.
What we do know is that the Continental GT Speed is one of the best Bentley sports cars ever made. The one created to pay homage to one of the best aerobatic teams in the world is meticulously made and astonishingly cared for. It has a number of specific touches giving it an appearance that Breitling Jets have when airborne.
Powered by a six liter W12 engine with 626hp and 605 lb-ft of torque, this monster of a car can hit 206 mph which is an amazing feat for a car of this size. Of course, the Breitling Jet Series by Mulliner will definitely be in the private collections of the wealthy and they will not risk getting to that speed, ever.

This Is How Bentleys Are Made

This Is How Bentleys Are Made

Have you ever tried to imagine how a Bentley is actually made. Yes, we know the story about the best cows in the world giving their leather, or about... 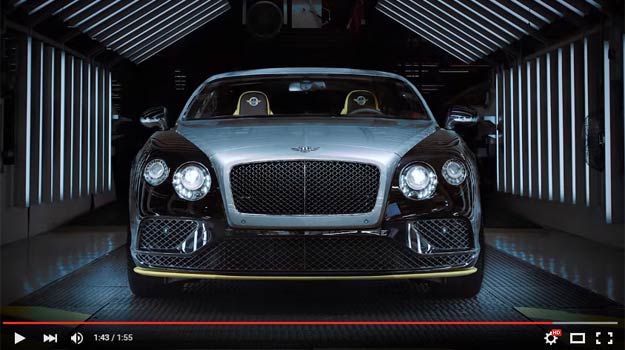