Finally, the Godzilla – the Nissan Skyline GT-R R32 (look how fast R35 is) can be imported to the US and one of the first guys who imported it is Doug DeMuro. You may know him from the popular automotive site jalopnik.com. After he made public that he imported the insane Godzilla to the US, potential buyers asked him million of questions which he smartly scaled down to the most important ones and created a video answering important questions about the car.
Even though the video has been published only a few days ago, DeMuro’s channel is teeming with viewers. He almost hit more than 100.000 viewers which only shows how important, how biblical and how impressive this car still is. The car he bought is a 1990 Nissan Skyline GT-R 2.6 twin turbo with all wheel drive.

Interestingly, the most usual question is what does this thing cost? Amazingly, Doug imported his Skyline GT-R R32 for low to mid $20.000 range which isn’t so bad. For that kind of money you get the car, shipping, all the import fees and the taxes. That is not bad considering this car is about the same price as the Volkswagen GTI (look at it here in a race) in the US.
All in all, the 2.6 twin turbo engine is rated at 276 HP, which is arguable ‘cause the “gentleman” agreement from the time meant that every Japanese sports car should be limited to 276 HP. However, usually that was not the case, so who knows how much power this thing develops right now.
The car itself look amazing. It has that street cred look which definitely is something no other car on earth has. The one Doug bought is certainly a magnificent piece which, with a bit of modifications can become one of the best GT-Rs ever. And yes, please take a look at that key Doug showed at 4.05 in this video.
Apart from that it just a car, but with the name Godzilla, with speed to match and with character probably no other car on earth has.
We want it like now.

Finally, the Godzilla - the Nissan Skyline GT-R R32 (look how fast R35 is) can be imported to the US and one of the first guys who imported it is... 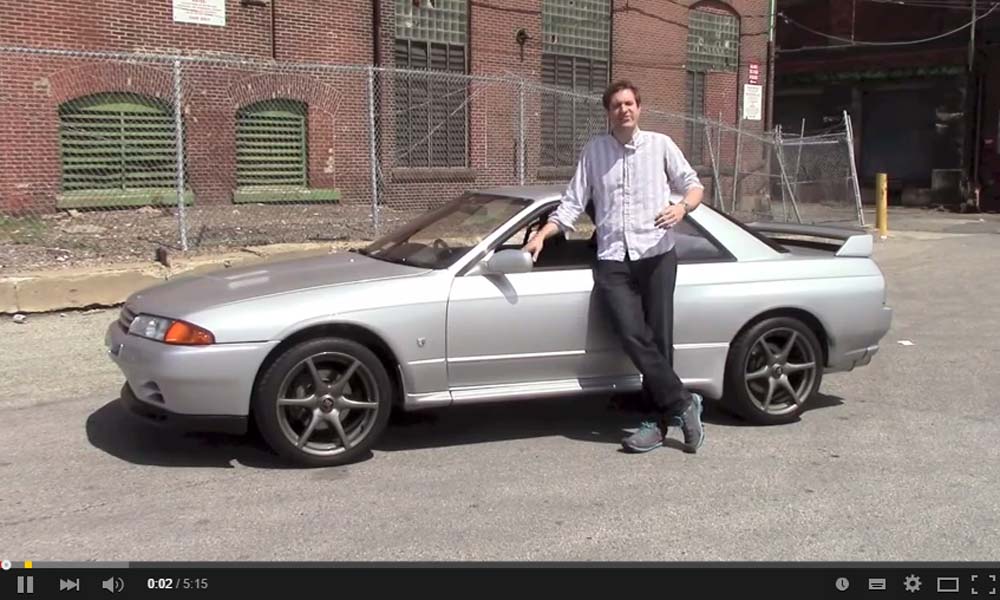