Lexus produced exactly 500 LFA cars. This car is possibly the best thing on four wheels that ever came from Japan and you’d never think that someone might buy it and use it as a drift car (but look at it here dancing). Of course, imagine it as a drift car with that Formula 1 sound! It could be astonishing. Well, you won’t see (or better said hear) that happening, but you’ll see the LFA drifting in an astonishing presentation of skill and courage of one of the best Japanese drifters Yoichi Imamura. This Lexus LFA you see on the video is an astonishing piece of engineering, but there is something wrong with it.

It turns out that the car was made for the drifter to compete in the 2015 Japan D1GP season but the engine inside isn’t that Yamaha/Lexus developed 4.8 liter V10 poetry is written about. The engine in this LFA you see in this video is sourced form the NASCAR race car and it is apparently a TRD NASCAR V8 engine churning out 1.000 HP.
Yoichi Imamura, one of the best drifters in the world, is certainly pleased with the car just the way it is. Lexus produced exactly 500 units of the LFA and this one is by far the most expensive drift car you can imagine.
The car itself is a monstrous machine capable of delivering astonishing performance even without its V10 engine. As a refresher, this car was sold for around $350.000 when it was new, up to 65 percent of elements on it were created using CFRP and the engine, transmission and many other elements were sourced straight from the race cars. The development of the car lasted for almost ten years with the first one being delivered at the end of the 2009.

Lexus produced exactly 500 LFA cars. This car is possibly the best thing on four wheels that ever came from Japan and you’d never think that... 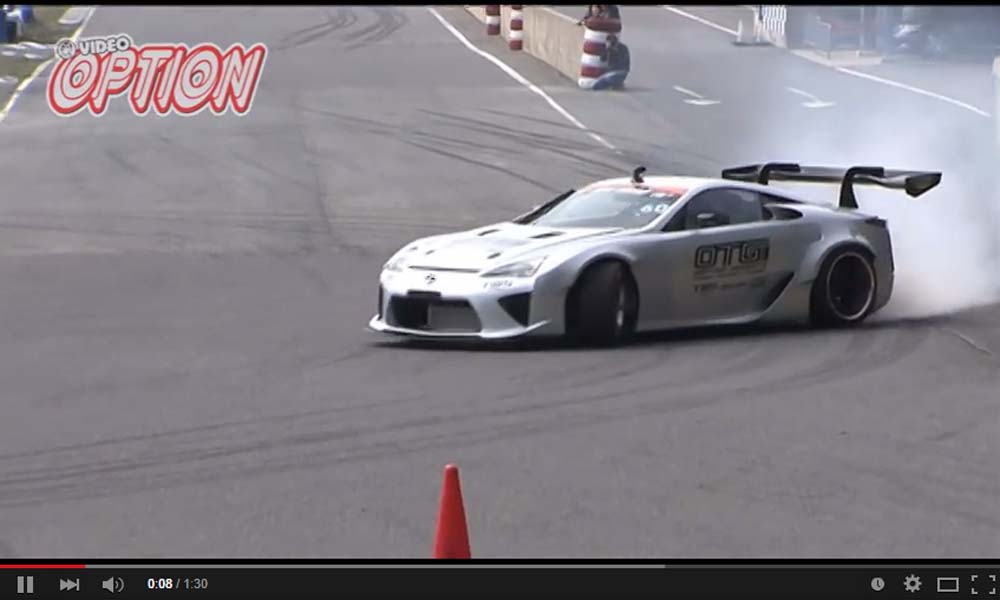