The man driving these Ferraris is Dario Benuzzi and he, ladies and gentleman, has the best job in the world. He has been a test driver for Ferrari since 1969 and he basically honed the driving characteristics of every Ferrari that came out ever since (including the fabulous 288 GTO). In this video, however, we cannot see him driving any of the previous sports cars. Here, he only drives perfect supercars in the form of the F40, the F50, the Enzo and the LaFerrari.
In this video published on the official Ferrari YouTube Channel, you can see and enjoy four of the most astonishing Ferraris ever built. The F40 basically started it all back in 1987 when it faced its only competition – the Porsche 959. With more than 1.300 units produced, the Ferrari F40 is considered to be the best car for drivers who seek thrill and enjoyment out of every mile driven.

The bit more modern F50 was supposed to be the ultimate successor of the F40, but the motoring press did have some repulsion towards it calling it too hard and harsh to be a proper supercar. However, it is a monstrously fast car with the performance other supercars reached only a few years after. In a few years of production, Ferrari produced 349 units of the F50.
Finally, the car that changed the whole industry with exceptional driving characteristics previously unseen is the Ferrari Enzo which hit the car motoring world like a hammer back when it was introduced in 2002. This is a vehicle that can accelerate to 60 in 3,14 seconds and it certainly is one of the cars that pushed the motoring world in the top gear.
Thanks to the success of the previous cars, Ferrari presented the magnificent LaFerrari in 2013. The first Ferrari Hybrid certainly brought something unseen before and it still is considered to be one of the best cars that ever roamed the earth. In the movie embed here, you can see Dario Benuzzi driving all of them. What a lucky guy.

This Is A Guy With The Best Job In The World

This Is A Guy With The Best Job In The World

The man driving these Ferraris is Dario Benuzzi and he, ladies and gentleman, has the best job in the world. He has been a test driver for Ferrari... 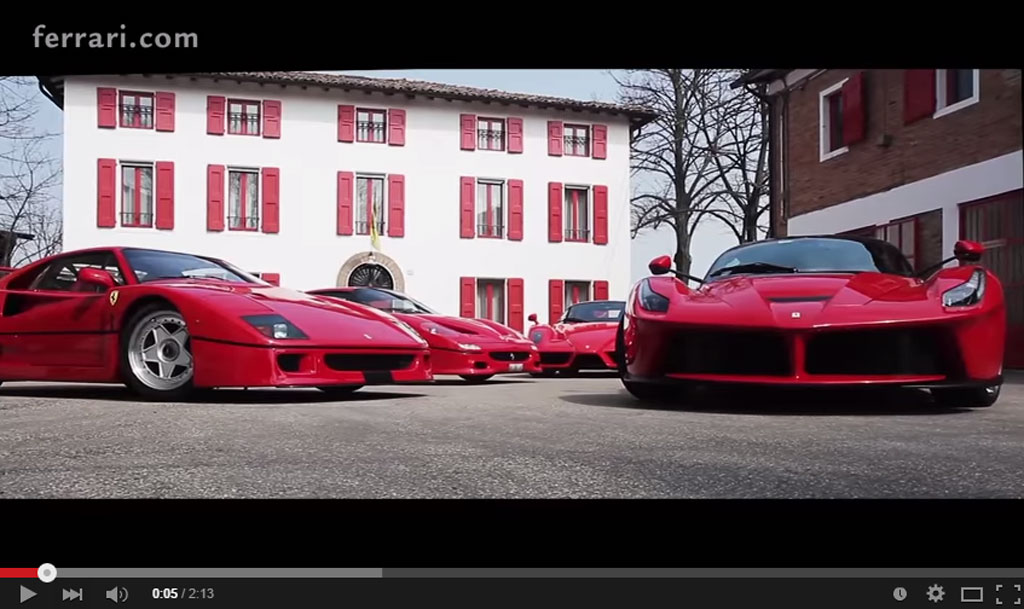