We have seen some crazy stunts made with iPhones. Remember when the phones were used as brake pads!? Well, in the new iPhone/car video, iPhones were used to tackle the airbags. Basically, the YouTuber behind the EverythingApplePro channel created a test where an iPhone is set on top, next to and in front of the airbag. After activation airbags can definitely cause some serious damage to the iPhone, but that was not the real reason for testing.

Imagine this – if you drive a car and text at the same time the chances of hitting something and having a crash increase exponentially. In that instant, the airbag can be activated and the phone – which is in your hand in front of your head can hit you straight in the head. These guys tested the hypothesis and found out that the airbag opens up with such a ferocious force it could really launch a phone to a speed to cause serious harm if it hits you.
Testing the airbag impact of the iPhone in multiple scenarios showed that the iPhone is a tough phone that equates to a rather powerful impact if it is launched toward you.
All in all, this proves one thing for sure – don’t text and drive – ever.

We have seen some crazy stunts made with iPhones. Remember when the phones were used as brake pads!? Well, in the new iPhone/car video, iPhones were... 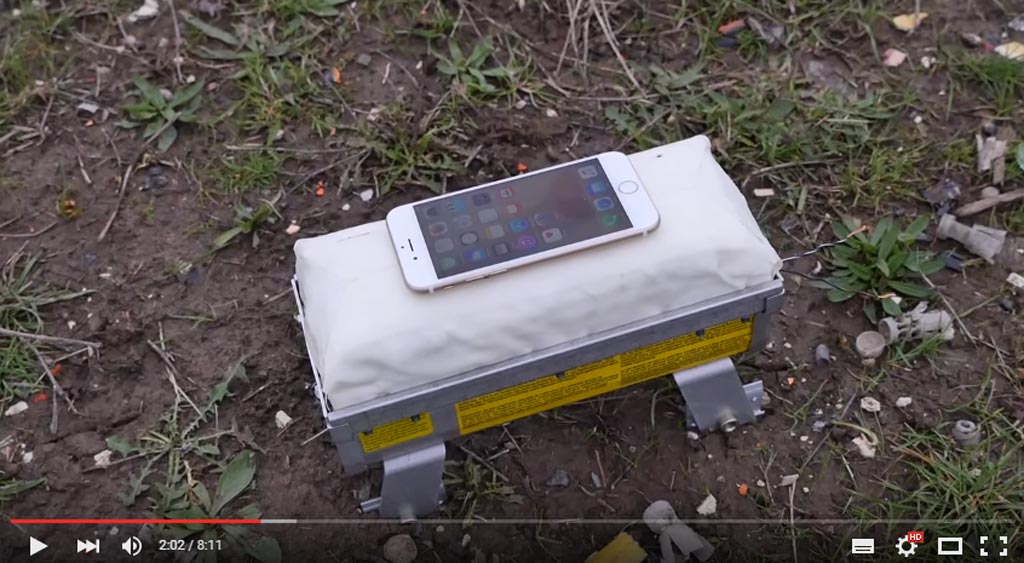