Accidents at car presentations aren’t that rare. However, if you want to demonstrate the best high-end autonomous braking feature on your car than you better make sure it works and it’s turned on before you try to test it out on real humans. As we all know, Volvo has been working for quite some time on a technology which enables its cars to apply brakes if the sensors detect any obstacle in front of the car. The system has been a part of a majority of Volvo vehicles for a few years now and it works rather well. The system works on the basis of sensors integrated in the front part of the vehicle and it can operate up to a speeds of 20 or 30 mph. It actually brings a car to a stop if it senses an obstacle in front of it. Unfortunately, it can be turned off and when it is then, well, press play and see what happened here.

The driver of this Volvo XC60 (which is possibly equipped with this system) was certain that the system will work and he asked some of his friends to stay in front of the car while he was accelerating toward them. The system did not work. It was not turned off (or, as some sources say, the car in question did not have the system installed), so the XC60 basically hit two poor chaps, fortunately, not injuring them at all.
This is not the first time that the autonomous system on press cars was not turned on. When Mercedes demonstrated autonomous braking on their S-class, they forgot to turn the thing on and in front of hundreds of journalists, the car smashed in a barrier (and the barrier was actually made from other S-classes).

Accidents at car presentations aren’t that rare. However, if you want to demonstrate the best high-end autonomous braking feature on your car than... 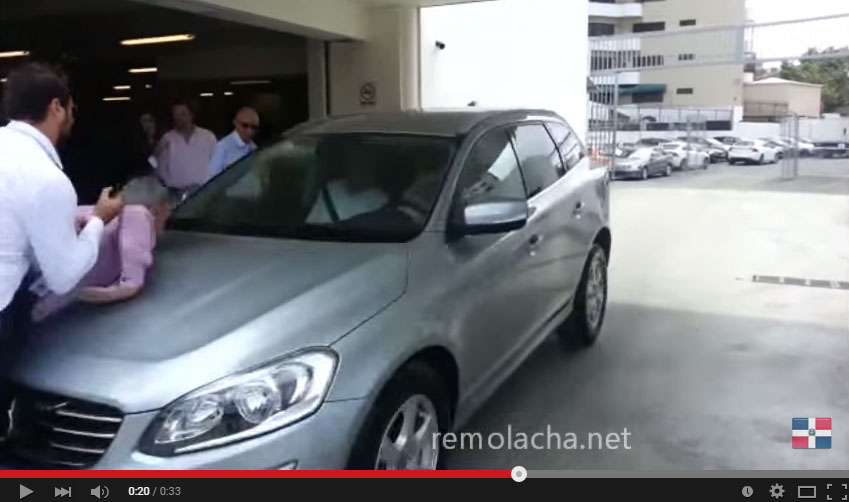