What would you do if you had a limitless money source!? Some would travel the world, other would try to change the world and some, like this 18 year old boy are giving all they can to enjoy the most of it. Take a look at this video and ask yourself why. This young chap with his family money has everything including a freaking Golf course by his house. And yes, he has some nice cars such as the Ferrari F40 and the Ferrari F60 better known as the Enzo.
A Video editing company called The Drone Company filmed this using drones and we expect them to release the full video in the coming weeks.

For now you have to know that the Ferrari F40 is a supercar made in the late Eighties and it is powered by a turbocharged engine. It is fast, unforgiving and rather spectacular. That is the car that laid out all the foundations of supercars of today. Ferrari Enzo isn’t its direct successor, but it is a vehicle from the same blood line. When it was introduced back at the beginning of the new millennium, the Enzo was the best thing the world has ever seen. It is fast, loud, capable and it was titled the best Ferrari of all times. Interestingly, only 399 units were made (three times less than the number of units of the Ferrari F40) and almost every one of them is still alive to this day.
Here you can see both cars in action in a rather spectacular dance on grass.

What would you do if you had a limitless money source!? Some would travel the world, other would try to change the world and some, like this 18 year... 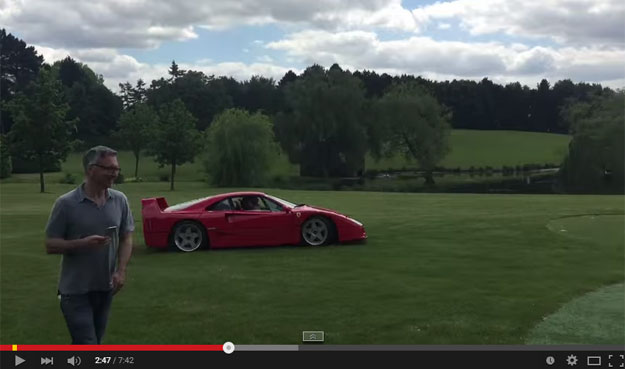