Eastern Europe car industry is not exactly the most exciting one. Since a number of sensible small cars was specially developed so they can be sold to poor Eastern Europeans, these small machines do not have much of a cult following them. However, some car enthusiasts definitely enjoy working on these old simple cars and only the most capable of them managed to make them fast – like seriously fast.

Take a look for example at this Trabant 601. While its exterior look is something along the lines of cute and appealing, the most amazing thing about it is actually underneath. Using the Audi TT 1.8T as a donor car, one Trabant enthusiast succeeded in incorporating much of the awesome tech from the TT to the Trabant. The 1.8L turbocharged engine was installed and tuned to 270hp. The Quattro all wheel drive system followed with the Audi manual transmission, TT sourced brakes and all other gear that needed to go with it to make it plausible was installed as well. Finally, we ended up with a small, light plastic bodied Trabant powered by a mighty engine capable of delivering some insanely crazy performance figures for the car. 4,5 seconds is the time needed for this Trabant to accelerate to 62 mph and the top speed is well above 150 mph. Actually, no one truly knows how hot the Trabant would be if it were pushed to hit its top speed, but it would be impressive for sure.
If we are to believe sources like Top Gear Poland, this particular car had its engine swapped more than once. It began with the stock 0.6 L Two stroke engine, then its owner fiddled with the 1.1-liter engine, followed by the 1.3L. Eventually, the 1.6L engine with the incredible 1.8T found its place in the car.

Eastern Europe car industry is not exactly the most exciting one. Since a number of sensible small cars was specially developed so they can be sold... 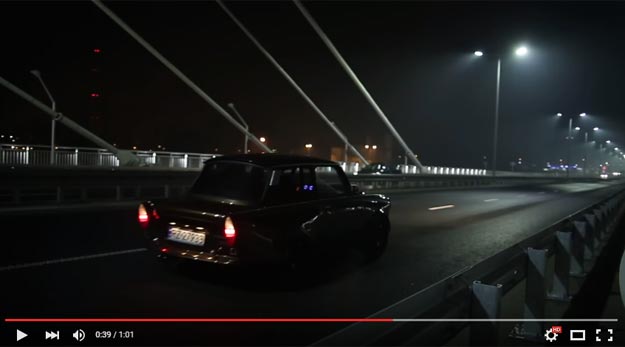