Creating the ultimate car for the Gran Turismo game leads a lot of car manufacturers to the path of future vision and imagination unrestricted by technical and mechanical difficulties. We have seen a number of fabulously designed and styled machines over the past six months but now, we are witnessing the birth of the best car the Gran Turismo ever had (we’ve seen a number of interesting cars before like this Mini and Infiniti). Called the SRT Tomahawk Vision Gran Turismo, the virtual vehicle FCA revealed simply blows minds of anyone who knows just about anything about cars. Three version of it were released. One is the SRT Tomahawk Vision Gran Turismo S (S stands for Street). The backbone of the car is a V10 engine developing 792 HP and compressed air propulsion system delivering additional 215 HP for the front wheels. With more than 1.000 HP, this thing can achieve the speed of 250 mph.

The other more extreme racer is the SRT Tomahawk Vision Gran Turismo GTS-R. Basically, the racing version of the S has much lighter body (at less than 1.500 lbs), and it has a power unit developing insane 1.450 HP. Thanks to advanced active aerodynamics and low weight this racer can achieve 300 mph and it looks absolutely insane on the track.
Finally, the most extreme version is the SRT Tomahawk Vision Gran Turismo X (X for experimental). With experimental power source developing 2.590 HP, this is the first car achieving 404 mph. It is so fast and stable that the driver inside needs a G suit just to remain sane when driving. This thing is a fighter jet for roads and for track.
Although these cars will never reach production, some who drove it in the Gran Turismo say that they are significantly faster than anything else in the game.
Obviously, Dodge wants to go berserk with their virtual cars the same way they went with the Hellcat line of cars.

Creating the ultimate car for the Gran Turismo game leads a lot of car manufacturers to the path of future vision and imagination unrestricted by... 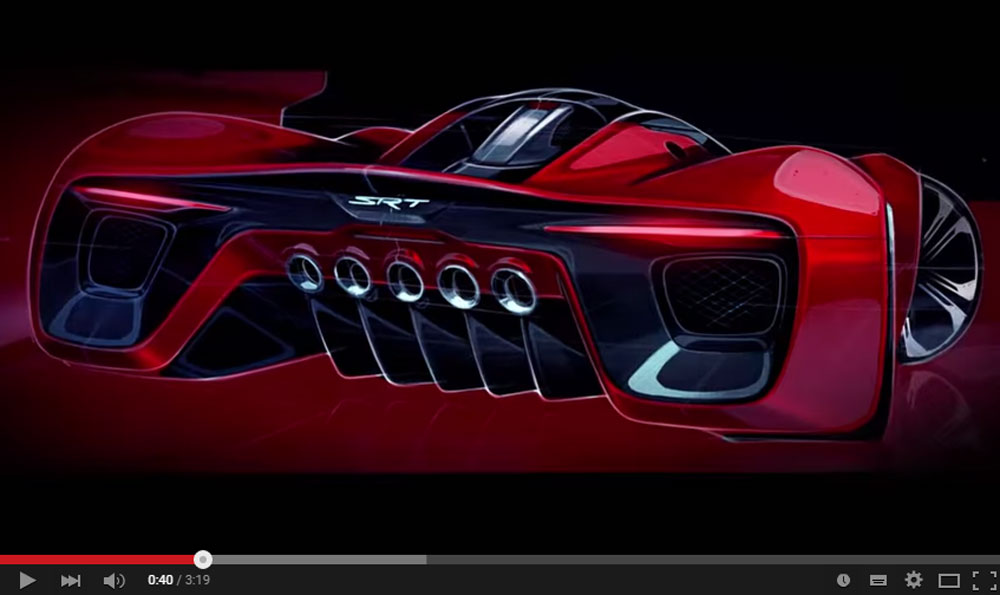