It is not every day that we get an all new supercar in the world. However, a couple of days ago, a company (from Germany and Bulgaria) revealed their vision of the sports car and looking at it we are quite sure it may actually be a good enough try to compete with some small scale supercars of today. The company that developed it and built it is called Sin Cars. They are familiar for producing race prepped cars in the past and now they’ve transferred all they’ve learned on the track to the car that should be a nice counterpart to the small scale supercars of today.

The first official video they’ve revealed about the Sin R1 depicts the exterior look of the car, interior and it shows us a bit of action. Low weight production car is directly derived from the race version. Some changes had to be made to make it road complainant, so the suspension was tweaked, the interior received nicer upholstery, infotainment system and the 6,2 liter Corvette sourced engine is mated with nice six speed gearbox. Of course, low weight and enormous back tires guarantee top notch performance. So, the R1 accelerates to 62 in 2,7 seconds which is less than the Nissan GT-R. We aren’t mentioning the GT-R by chance. As this thing should cost less than $100.000, it should be cheaper than the GT-R and obviously faster. Now, we are sure that not a whole lot of people will buy it because where the hell are you going to service it or find a mechanic for it!? That is probably the most important question anyone could ask about Sin Cars! Other than that, we are sure that with nice quality control this thing could be actually a rather nice and well thought out car.

It is not every day that we get an all new supercar in the world. However, a couple of days ago, a company (from Germany and Bulgaria) revealed their... 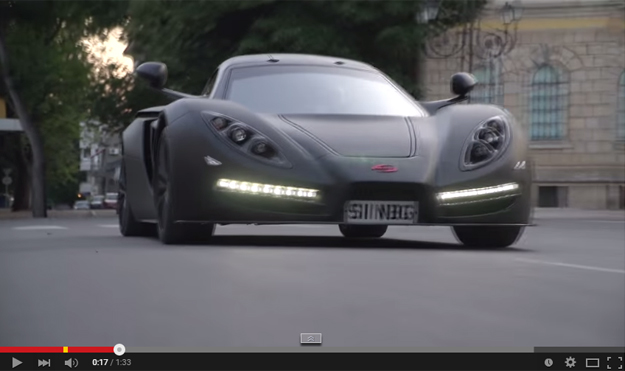