GAZ Group, part of one of the largest automotive companies in Russia, just released a new video depicting their new truck. Named the Ural Next, the truck GAZ made definitely was built upon the GAZ trucks of before and the video released demonstrates the capabilities of this rather nice looking machine.
The Russians reported that the truck received major improvements including the addition of the reinforced chassis. Apparently, more than 50 improvements had been made to make the chassis more durable and more reliable. Therefore, the maximum load on the front axle has been increased from 5,3 tons to 6,5 tons and the permissible gross vehicle weight was raised up to 22,5 tons.

The magnificent video, filmed somewhere in Russia, definitely demonstrates the capabilities that the 312 HP diesel engine can provide for this truck. This thing can almost eat trees and you can see that in few short segments. We guess, tree lovers will be pissed, but c’mon, this is Russia and they don’t give a *uck.
The car received much needed exterior overhaul. It looks better, more aggressive, composed and refined. The same can be said for a three seat cabin now garnished with some modern elements. It doesn’t look like it was designed with ax, but it has some function to it. This truck is only a first vehicle in a line of “NEXT” vehicles. We can expect a rather robust and dominant smaller off-roader in the future.

The Russians Revealed A New Truck And It’s Awesome

The Russians Revealed A New Truck And It’s Awesome

GAZ Group, part of one of the largest automotive companies in Russia, just released a new video depicting their new truck. Named the Ural Next, the... 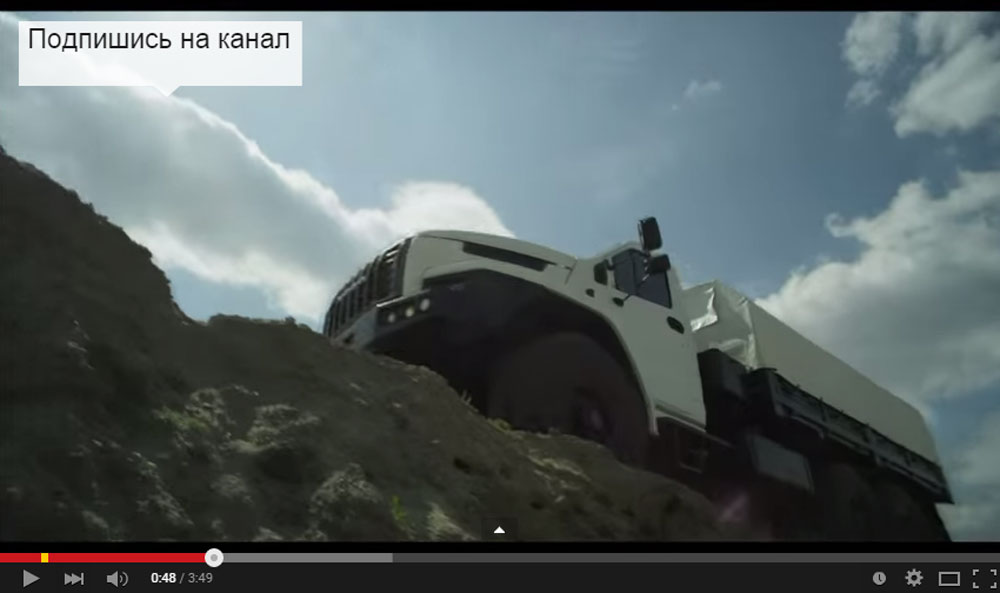