The Porsche 918 with Weissach package is one of the most expensive cars on the roads today. However, instead of fitting it with diamonds and all other expensive stuff, Porsche scienced the hell out of it. Why? Because they had to compete with the best in the business – McLaren with their P1 and Ferrari with their LaFerrari. Until now, Porsche is the quickest however, we aren’t here just to think about its speed or to admire the technology underneath that beautiful exterior. We are here to see it crash.

Believe it or not, Walter Rohrl, one of the Porsche test pilots and one of the best drivers in the world took the 918 Spyder for a drive at the German Circuit Sachsenring. Unfortunately, the drive didn’t go according to plan because at one chicane Walter Rohrl lost the control of the car and the car steered into the fence. Believe it or not, the speed 918 Spyder was moving over the track was close to 120 mph. Thanks to calm Rohrl reaction, he was able to control the car in the powerslide, but the inevitable had to happen. After the car hit the fence, the sound of broken elements on the suspension could have been heard. Regardless, Rohrl wasn’t too sad about it although he crashed a car worth a million bucks. Of course, Rohrl is a test driver for Porsche and this kind of stuff must happen if they want everything to make the best possible.
Previous, we have seen Rohrl driving the Porsche 911 GT3 RS on the track, but it seems that here he wanted to make the fastest lap of the track. At the end he succeeded to make that 918 to 1.30 which is a very quick time for the Sachsenring. However, we are sure that the 918 Spyder can pull even better. It made the Nurburgring lap in 6.57 and that was best ever.

The Porsche 918 with Weissach package is one of the most expensive cars on the roads today. However, instead of fitting it with diamonds and all... 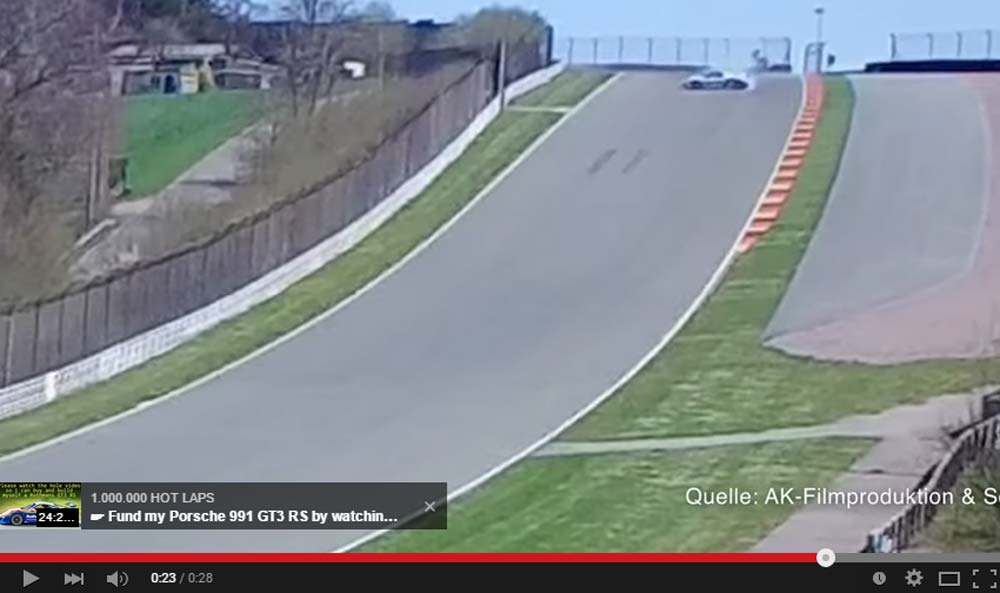