Never underestimate the might of Ford. Really, that is a company that brought us so many magnificent cars (and started the car industry we know today) that we only have to be grateful to it. Now, they are making a come back to the world of sports car. With the reveal of the Ford GT EcoBoost, motoring enthusiasts all over the world received a car for which they can be grateful and racing teams finally received something they can work with. Ford knew that the new GT will spark the imagination of every true gearhead. The question was “Will Ford GT reach the Le Mans?”. The answer came a few months after the reveal of the pre production Ford GT! Yes, it will! The new 2016 Ford GT Le Mans edition is revealed and now we have a better look at it than ever before.

As we know it, the car will be powered by a race proven 3.5-liter EcoBoost engine. Ford Performance used this engine for racecars on the IMSA Series and the engine for the Le Mans racer will develop in excess of 600 HP. Also, the car for the road will receive the same treatment thus calling out the Ferrari for a showdown. There’s no other way to say it. The Ford GT will be a car that will compete directly against the Ferrari 488 GTB. Will it be as good, it remains to be seen.
The construction was created using aluminum and carbon fiber built elements thus pushing the envelope in terms of lightweight construction, design and aerodynamic efficiency. The car looks very similar to the old cars, but it has a whole lot of modern touches making it more modern than anything else from Ford. Next year, exactly 50 years after the epic Ford win at the Le Mans, the new Ford GT will hit the track against the best of the best. To win is the only thing that Ford Performance aims at.

Never underestimate the might of Ford. Really, that is a company that brought us so many magnificent cars (and started the car industry we know... 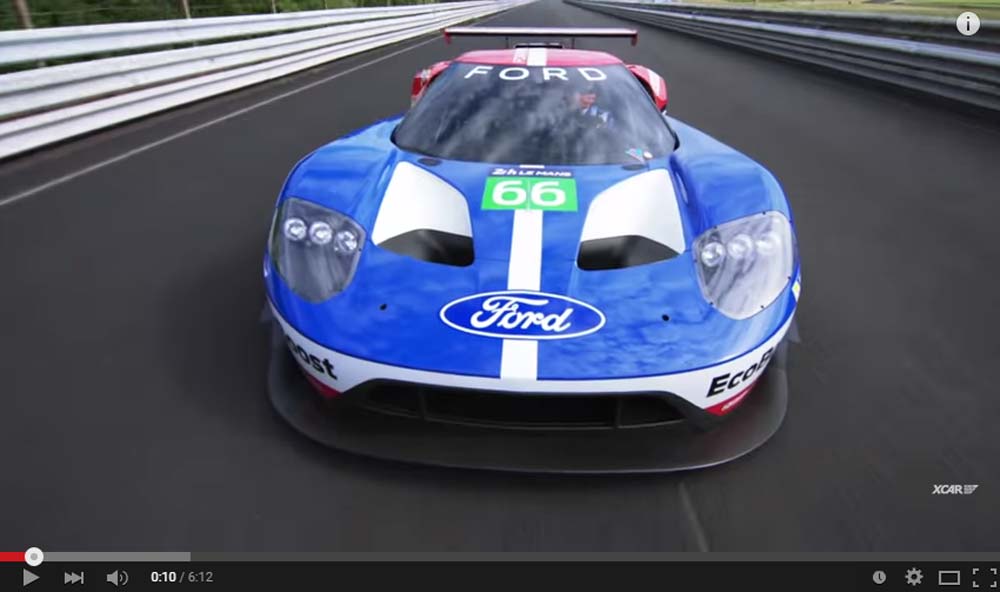