Just how famous the Nissan Skyline GT-R R32 is best shown by the video Doug DeMuro released only a few days ago. As we have mentioned earlier he actually imported 25 year old Nissan GT-R in the US absolutely legally and while a lot of gearheads wanted to know a lot about it, Doug just showed us what this car means to the whole American car community.
Driving his Skyline on Saturday in his town, Doug certainly become a huge star. Filming the reaction of the passers is absolutely amazing, because it seems that a lot people actually know what this car is all about. Some remember it from the movies, some remember it from the video games and some know a great deal about it.

Interestingly, a lot of people asked him is this car even legal in the US!? Of course, some just wanted to know what is all about with the driving on the right hand side, but it seems that Doug actually got the grip of it.
The Nissan Skyline R32 is definitely one of the all time greatest. While it isn’t the fastest or the prettiest car of all times, it has that special gearhead vibe. It is the epitome of the cheap car which can actually make life miserable for people driving Ferraris or Porsches of the same year. Basically, everything what stands for the Nissan GT-R R35 of today, the same was with the Nissan GT-R from 25 years ago. It is a machine which will be so valuable in 20 years time only the rich collectors will have it, no doubt there.

Just how famous the Nissan Skyline GT-R R32 is best shown by the video Doug DeMuro released only a few days ago. As we have mentioned earlier he... 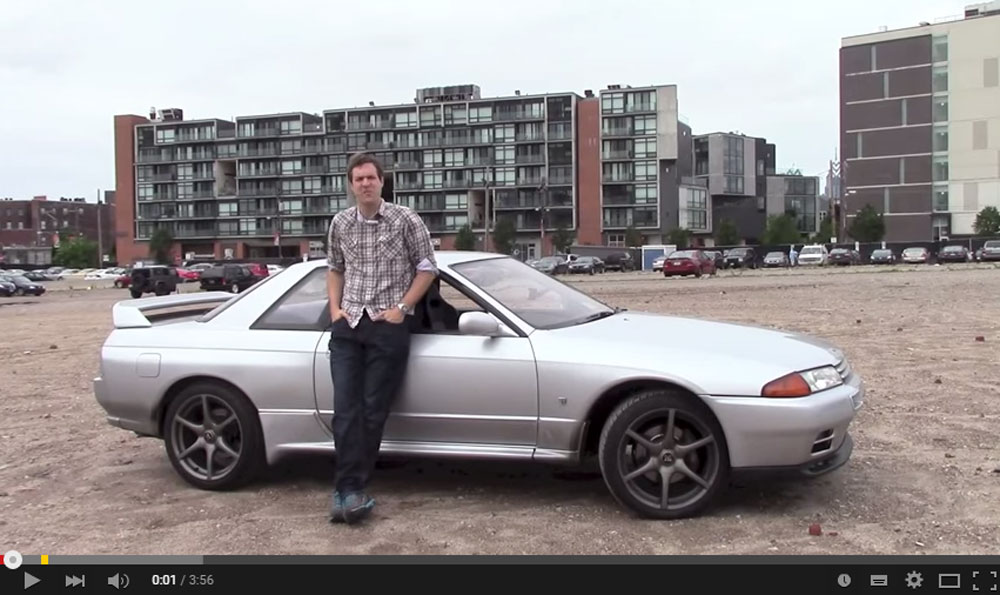