Mitsubishi has some issues with their car industry. Not only that they’ve announced the closure of plants in the US, but they’ve even said sorry to the WW2 US Army prisoners who they used during the war as slaves. Now, however, they are coming out with an all new Pajero Sport who should enable them to earn a few bucks and pay out their debts. They may even, if the Pajero Sport proves to be a success, develop some other cars. Why not another SUV as they are rather hot at the moment.

Let’s get back to the Pajero Sport. The car is based on the latest Mitsubishi L200/Triton. So, it is basically a pick-up truck with showy, flashy elements that look like they could work on the mid size SUV. Obviously, some interestingly intricate styling masks its connection with the robust pick-up truck, but stepping inside almost the same elements you saw on that Triton are greeting you here too. Not that the Triton is bad inside. It isn’t. That is an above average pick-up truck but the new Pajero Sport, which should attract more buyers than ever, had to have a bit more upscale interior with a posh design and modern infotainment system. Unfortunately, it doesn’t have it, but it will be sold on the markets where all those things aren’t even needed. It will be available in 90 different countries and on markets such as Australia, the ASEAN countries, Middle East, Africa, Latin America and Russia. So, the buyers there aren’t really much into posh SUVs and crossovers. They need something robust, powerful, reliable and though. The truck based Pajero Sports is exactly that.
The connection with the Triton is even more evident under the front bonnet. It has a 2,4 liter diesel engine probably developing something like 155 HP and 180 HP. These are the power figures for the Triton and it is possibly the same here. All in all, Mitsubishi finally showed a sign of life with the introduction of nicely masked mid-size SUV that seems to be rather robust and powerful.

Mitsubishi has some issues with their car industry. Not only that they’ve announced the closure of plants in the US, but they’ve even said sorry... 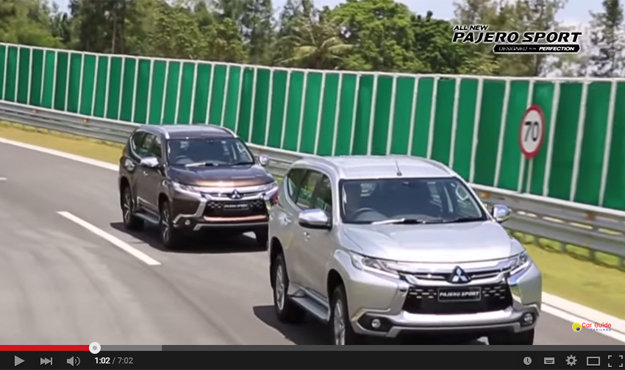